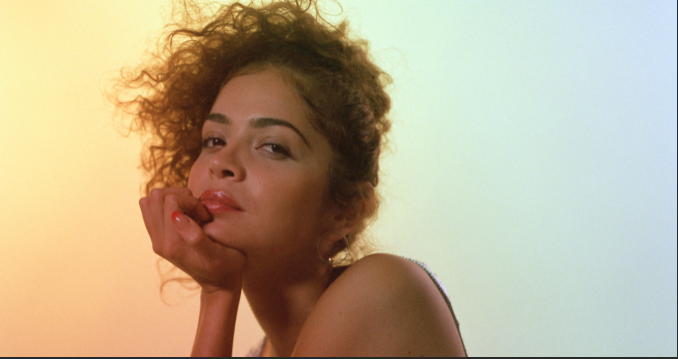 What to do when your ‘Colombianness’ isn’t coming through in your music? In the case of Lao Ra, you work, re-work, and evolve your sound until you get it right.

The Los Angeles based artist, who was born in Bogota but spent much of her youth in London, has developed a voice of her own that not only shows her Colombian roots. Her songs celebrating femininity, power, heartache and sex. It’s a sound that is already evolving fast, and seems innately able to translate to crowds far beyond her own (she has already toured with acts as diverse as MØ, Crystal Fighters and Café Tacvba to Rejjie Snow and Bomba Estereo, picking up tens of millions of streams along the way).

Her new track is called “Patrona,” which she says is about the “ultimate female boss. It is a song about being Latin, female and powerful. It’s about owning the past and turning it into something that makes you feel proud.”

Lao Ra has earned her reputation for twisting an eclectic array of underground sounds into global-pop with as much bite as it boasts colour. Now digging deeper into her Colombian heritage than ever before – combined with elements of dancehall, reggaeton, afrobeat, and hip-hop – Lao Ra’s is a story of dislocation and defiance.

Growing up in Bogota during a time of violence, Lao Ra and her brothers were in large part introduced to music by the necessity to stay safe indoors and watch MTV. Rebellion, when it came, started small – in Lao Ra’s case, eating a worm on the first day in front her class to exert her fearlessness, or protesting that the school didn’t have a girls’ football team – but grew in significance (discovering punk, and following it overseas to England).

Once relocated to London, Lao Ra began producing her own demos, but this is where she says her ‘Colombianness’ wasn’t coming through in the way that she wanted. But beginning with ‘Jesus Made Me Bad’, which ruffled feathers and the local charts back home – plus a string of acclaimed tracks since then, including ‘Me Gusta’ (ft. Afro B), ‘Body Bounce’ (ft. Konshens) and ‘Drum Machine,’ she found her Colombian footing. Now living in Los Angeles, Lao Ra appears to have found herself precisely where she needs to be.

Stream “Patrona” by Lao Ra below, and watch the music video to her other single, “No Pressure,” on YouTube.