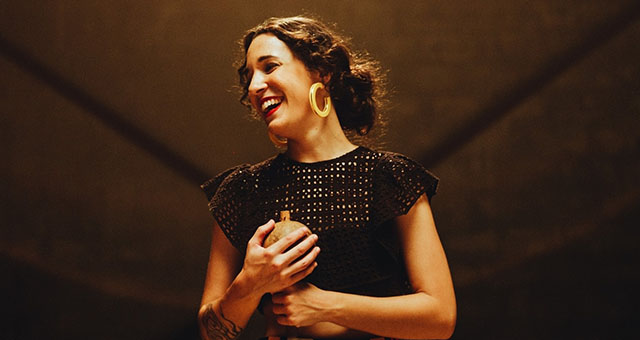 It’s been a heck of a time for the singer iLe to release, promote and tour in support of her new album, Almadura, which she says is a statement about protecting the island and culture of Puerto Rico as well as the armor women need to survive in the current reality.

She had a resplendent Summerstage show in July at New York’s Central Park. And on the heels of being on the front lines of the historic demonstrations taking place in Puerto Rico, she recorded a very heartfelt NPR Tiny Desk Concert.

The sentiment of the protests is shining through the music, as the Puerto Rican protest anthem she wrote with her brother Residente and fellow boricua Bad Bunny, now has 7+ million Youtube views.

She describes the video as a “rhythmical mismatch in which two different rhythms are finding their own way to blend together.” It’s romantic chorus emote the flirtatiousness of the traditional dance:

Watch the new video below.