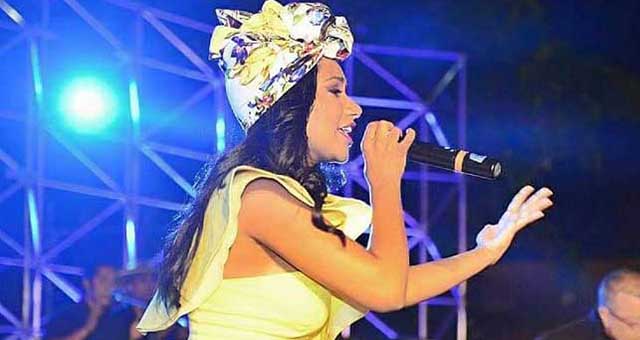 The day when we hear folkloric music from South America on a national reality television show contest such as “The Voice” or “Britain’s Got Talent” may not be so far, if Colombia’s hit show A Otro Nivel is any indication.

Bullerengue, the musical style sung primarily by women from the Caribbean region of Colombia and the Darién Province in Panama, enjoyed a number of weeks in the Latin American spotlight as Santa Marta native Susan Díaz competed her way into the top six finalists on the show, which airs on Caracol TV. (Oddly enough, the winner of this season’s show, Jair Santrich of Barranquilla, won the contest by singing rancheros from Mexico.)

Díaz, now 20 years old, wowed judges in her audition with the somber bullerengue, “Ay ya no quiero cantar.” Vallenato superstar Silvestre Dangond was the first to vote for her and she would stay on the show for quite a while:

Now, as she’s adopted the moniker “la cantadora del caribe,” Diaz has released her first single, “Vuelve,” a pop-bullerengue fusion featuring one of her “A Otro Nivel” co-contestants, Tian, who is based in Los Angeles.

We spoke to Diaz about her experience on a reality TV show contest and what she sees coming next.

Sounds and Colours: When did you start singing?

Susan Diaz: Eight years ago, I got into the music course at my school.

S&C: Why did you audition for “A Otro Nivel” and why did you choose to sing bullerengue style of music?

SD: I feel that “A Otro Nivel” was a platform that will not only open doors for me nationally but also internationally, it is an excellent program where talent is a priority. My favorite part of the shown was in the fusion of friends, that fusion seemed divine and full of love, so much so that I had the privilege of winning the ten million that night, I also met great people who I now call friends.

Since I was little I always liked to sing, I participated in competitions. When I was finishing my high school, I saw that I had a good connection with folk music and I was more inclined towards this musical genre.

Young people are losing our culture and I think that if they see a youth representation that sings folk songs and in an updated way, they can return to the traditions and value all the culture that the Colombian Caribbean has.”

SD: My genre is a fusion between bullerengue, electronic sounds and urban music, I feel that my influences go from Toto la Momposina to Calle 13 and other alternative music groups.

S&C: What’s next for you as far as your singing career?

SD: In 2018, “la cantadora” will come recharged like never before, I hope to boost my career to the maximum.