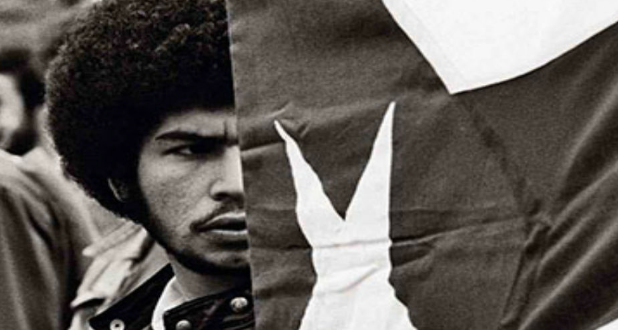 One Year After Hurricane María, Cultural & Healing Events in NYC Aim to Uplift

If art is healing, then this Saturday, the 15th of September, may provide some warmth, solace and reflection, for those in the New York City area who care about Puerto Rico.

“SUPER SÁBADO: Pa’lante Puerto Rico!” will be hosted by El Museo del Barrio in Harlem to commemorate the resilience of the Puerto Rican community one year after Hurricane María—the worst natural disaster on record to affect the island.

The family day of art making, dance movement workshops, storytelling, a dance performance, and more, comes just days after the museum re-opens its galleries, which were closed for about a year for renovations.

Hurricane Maria touched down on the 16th of September of 2017 and things are not quite to normal.

In fact, just last month, Puerto Rico’s governor raised the U.S. territory’s official hurricane death toll from 64 to 2,975 after an independent study found that the number of people who succumbed in the desperate, sweltering aftermath had been severely undercounted.

As for displacement, the hurricane forced hundreds of thousands of Puerto Ricans to migrate from their homes to other parts of the island or to the mainland United States. Though many were able to return, there are still quite a significant amount of boricuas living off the island, in places like Orlando, Florida, and New York City.

El Museo del Barrio’s event, which goes from 12 – 5 p.m., aims to look at the work of Puerto Rican activists, artists, and cultural producers of the Puerto Rican diaspora and how grassroots arts movements have mobilized to address some of the issues affecting these communities.

But Richard Morales, the interim public programs director for El Museo, wants it to be clear that “Super Sábado Pa’lante Puerto Rico” is not an anniversary event, nor a nostalgic one based around a tragedy.

Morales said the choices for this program were made to build bridges with people on the island and in the states, particularly Puerto Ricans.

“For instance, Colectivo Moriviví is a group of female muralists based in Puerto Rico. One of the members, who was displaced because of the Hurricane, lives in Philadelphia and will join us in recreating a mural inspired by another Puerto Rican Artist: Rafael Tufiño. Award-winning animation artist Quique Rivera, will present his work, and this will  introduce him to a younger audience who might not had the opportunity otherwise because Puerto Rican animation/film is almost non-existent to mainstream audiences (thanks Hollywood).” 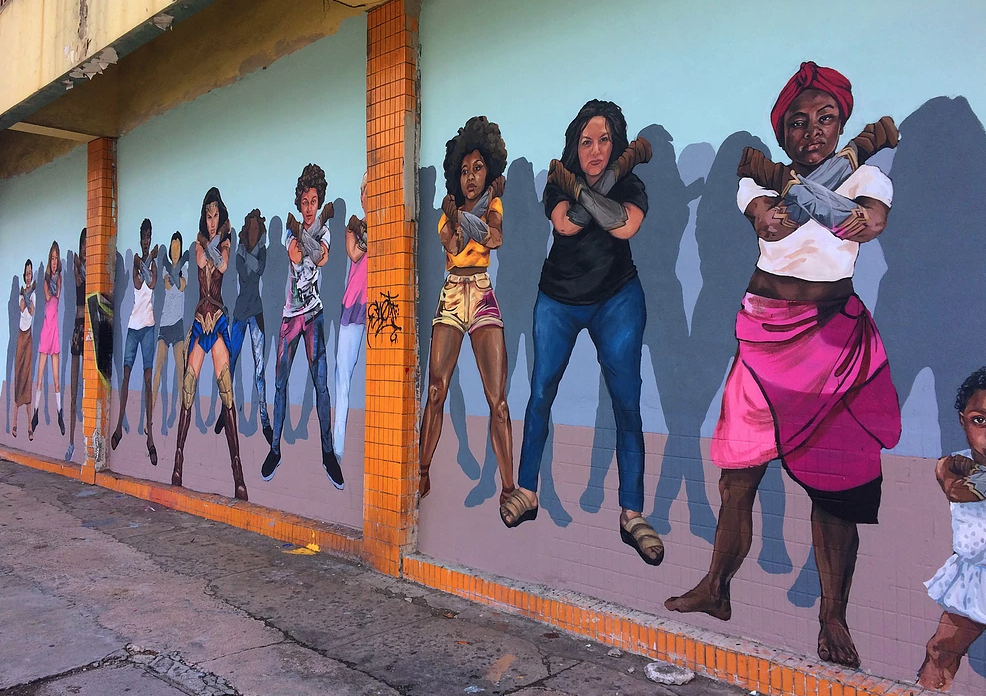 (Photo via Colectivo Morivivi website) Muralists from Colectivo Moriviví will be on hand at Super Sabado. The group, founded in Santurce in 2013, are known for painting large scale feminist murals around the island.

Other highlights of the Super Sábado event include:

It is also the inaugural weekend for El Museo’s gallery exhibitions:

“All of this is meant to bring attention to the issues at hand: (economic) displacement, in some way addressing some of the fetishizing people have with “ruin porn” and how that pertains to Puerto Rico, representation, and again false ‘PROMESAS,‘ Morales said. “I will reiterate this is not an anniversary event. Anniversaries to me are celebratory, and  in reality, why celebrate when people are just getting power back on, their health is decimating, houses still have tarps on them—if they even exist, and we are entering another hurricane season?  We need to focus on the work that has been going on in Puerto Rico, and that which still needs to be done.”

Healing is discussion and holistic health, too 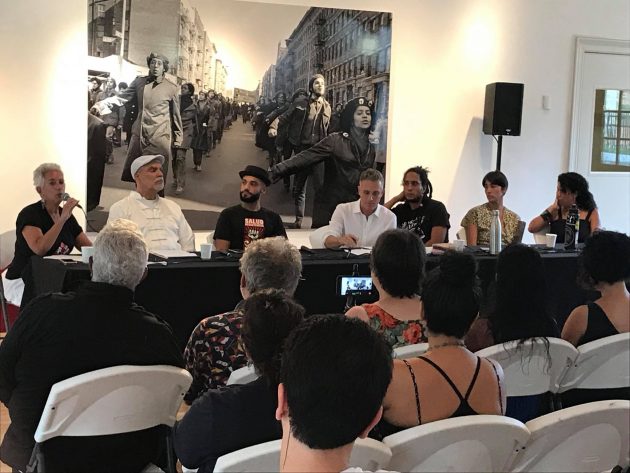 (PHOTO by Argenis Apolinario of Argenis Photo) “Health, Food and Healing: Pa’lante,” which took place on the 18th of August at El Barrio’s Artspace P.S. 109, connected some members of the original Young Lords with a new generation of activists from Puerto Rico and East Harlem.

Last month, not far from El Museo, in Spanish Harlem, a neighborhood also known as ‘El Barrio,’ Puerto Ricans and Nuyoricans (native New Yorkers of boricua descent) gathered together for a discussion on holistic wellness. This was another event related to Hurricane Maria, but some may be surprised to learn that some of the methods of healing discussed, such as acupuncture, came from two groups that participated in civil and human rights movement throughout the United States in the 1960s: the Black Panther Party and the Young Lords.

“Health, Food and Healing: Pa’lante,” which took place on the 18th of August at El Barrio’s Artspace P.S. 109, connected some members of the original Young Lords with a new generation of activists from Puerto Rico and East Harlem in conversation about how their communities responded during times of crisis, working on issues of food justice, food sovereignty, community acupuncture and holistic healing, from the post-Civil Rights era to the post-Hurricane Maria present. 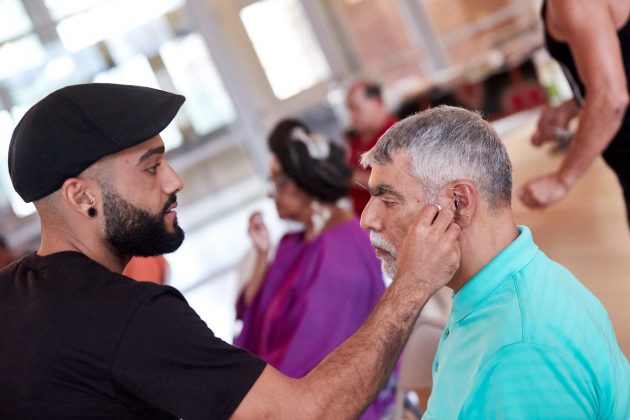 On Sunday, the 19th of August, the group held a free breakfast for area residents, along with education and free acupuncture via Proyecto Salud y Acupuntura para el Pueblo (SAPP), an organization founded in August 2015 as a response to the health crisis in Puerto Rico, which became more evident after the passage of Hurricane Maria.

Puerto Rico, and those displaced off the island, have a long way to go. It’s good to know there are many folks in New York City and beyond looking to create spaces for Puerto Ricans and their families to turn to for healing, whether it be via art, music, or practices, such as acupuncture.