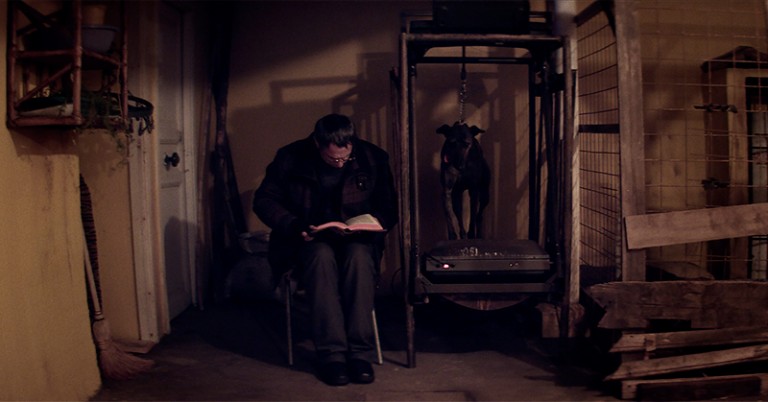 Four years after the success of No (2012), Pablo Larraín is coming back with his fifth feature – The Club (2015), which also unravels in the Chilean background. Having won several awards – among them the Silver Berlin Bear at the Berlin International Film Festival – and having been nominated for even more, The Club (originally released as El Club), is a surprising and provoking film, which comes to confirm Larraín’s talent and dominance as one of the most promising contemporary directors of Chile.

Although it lacks the clearly political dimension of Larraín’s previous films – No (2012), Tony Manero (2008) and Post Mortem (2010), which all unfold during the Pinochet’s dictatorship in Chile – it deals with a sensitive and complicated subject, the corruption of the Catholic Church. A group of four old immoral priests are isolated in a ‘retirement home’ in a small Chilean town, where they live under the supervision of a nun, whose existence finds meaning to taking care of these men and house. Their lives run smoothly and quietly until a crisis counsellor is sent by the Catholic Church to inspect their conformity to the ethics and principles of the Church. Their daily routine is suddenly disrupted when the memories of the past come back.

According to Alfredo Castro (one of the leading actors), the film addresses a subject that is present in all of Larraín’s films: impunity. Indeed, the lack of justice, in the particular case within the religious community, dominates and provokes throughout the whole film. Similarly with No and Post Mortem, in which we observe the politically powerful circles and the social inequalities, in The Club, we become witnesses of the great control and authority of the Catholic Church.

One year after its première at the Berlin International Film Festival, The Club will be screening in UK cinemas from March 25th, with a special preview screening and panel discussion at Curzon Soho on Monday 21st March 6.20pm. Following multiple awards for its direction, screenplay and acting, The Club is a film that will disturb and surprise in equal measures, and is well worth seeing.