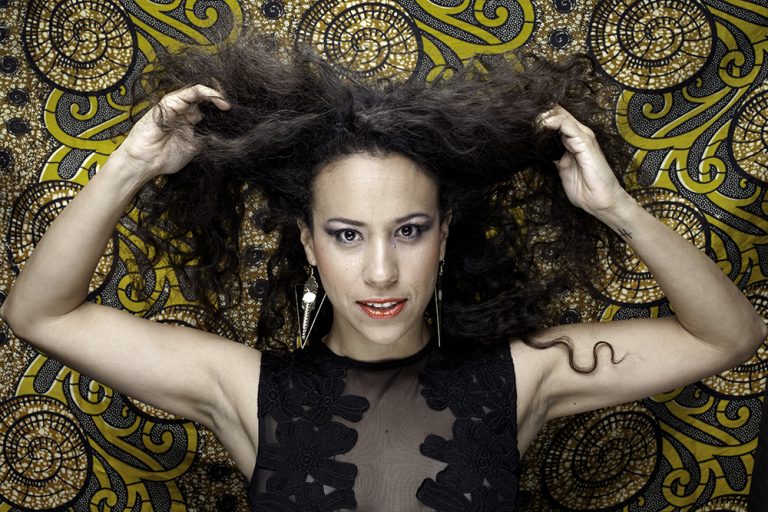 La Yegros‘ duality comes to the fore on “Arde”, the brand new single from her Magnetismo album. With verses in Spanish and French it should be no surprise that La Yegros resides between the south of France and Buenos Aires these days. When you then add in the blissful electronic production of fellow Argentine King Coya, the instrumentation of Colombia’s experimental cumbia-pop outfit Puerto Candelaria, as well as Italian-born singer Sabina Sciubba (of Brazilian Girls fame), you’re left with one multi-cultural smorgasbord of ideas. It seems fitting then that the video flits between the different locations of the featured artists, so hard it must have been to get them all in one place, and so great for us, as we get to go globe-hopping.

“Arde” was written by the Argentine songwriter Daniel Martin who offered the track to La Yegros for the recording of her second album, with Sciubba writing and singing the French lyrics during the recording. The result is a dreamy laidback dose of Latin American folktronica brimming with salubrity. The video was directed and photographed by Jonatan Magario (Pupa Films) with art and production by Andre Campos Mato.

Magnetismo is released by Soundway Records.

You can read our interview with La Yegros here.