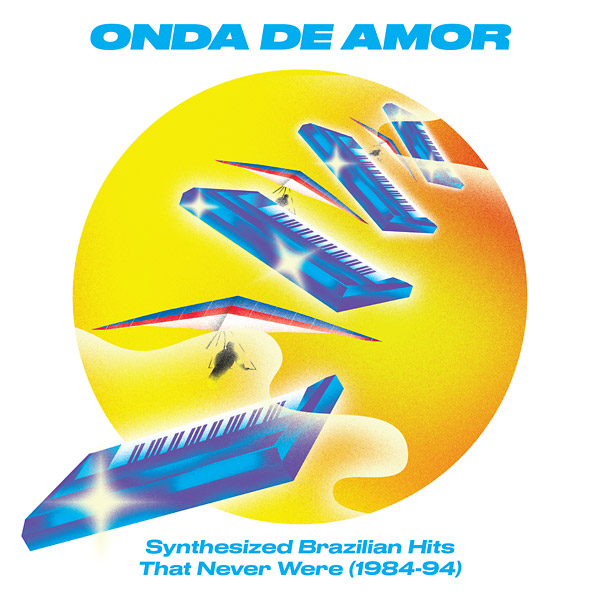 There’s certainly nothing new in announcing the release of a new compilation of Brazilian music – they are never in short supply – however the upcoming release, Onda de Amor, on Soundway Records is definitely one with a difference.

In a similar vein to the Outro Tempo compilation that came out on Music From Memory in 2017 it’s a record that shines a light on a number of little-known artists, though in the case of Onda de Amor we are not looking at artists that are revered or highly collectible. These are artists whose records have been long forgotten, whose work is derided for being victim of a number of the bad production traits of the 80s, and whose records are regularly ignored by crate diggers looking for the next musical treasure.

Compiled by Millos Kaiser of Selvagem and Selva Discos, Onda de Amor features 16 tracks that cross through genres like synth pop, axé, proto-rap, house, electro and boogie, all from the period between 1984 and 1994. With only a few major label releases, the majority are private presses or independent releases by barely-known artists like Batista Junior, Ricardo Bomba, Fogo Baiano, Villa Box and Electric Boogies, though vanguarda paulista icon Vânia Bastos does feature with her cover of Sade’s “Sweetest Taboo”. Due to their small budgets many of the tracks follow a similar pattern in their use of budget synths like the Yamaha DX-7 and also the Roland Tr-808 drum machine. It makes for an eye-opening journey into some of Brazil’s less heralded sounds.

You can find out more about Selvagem and their work in our article “Walk On The Wild Side: Selvagem And The Story Of Maria Rita’s ‘Brasileira’”