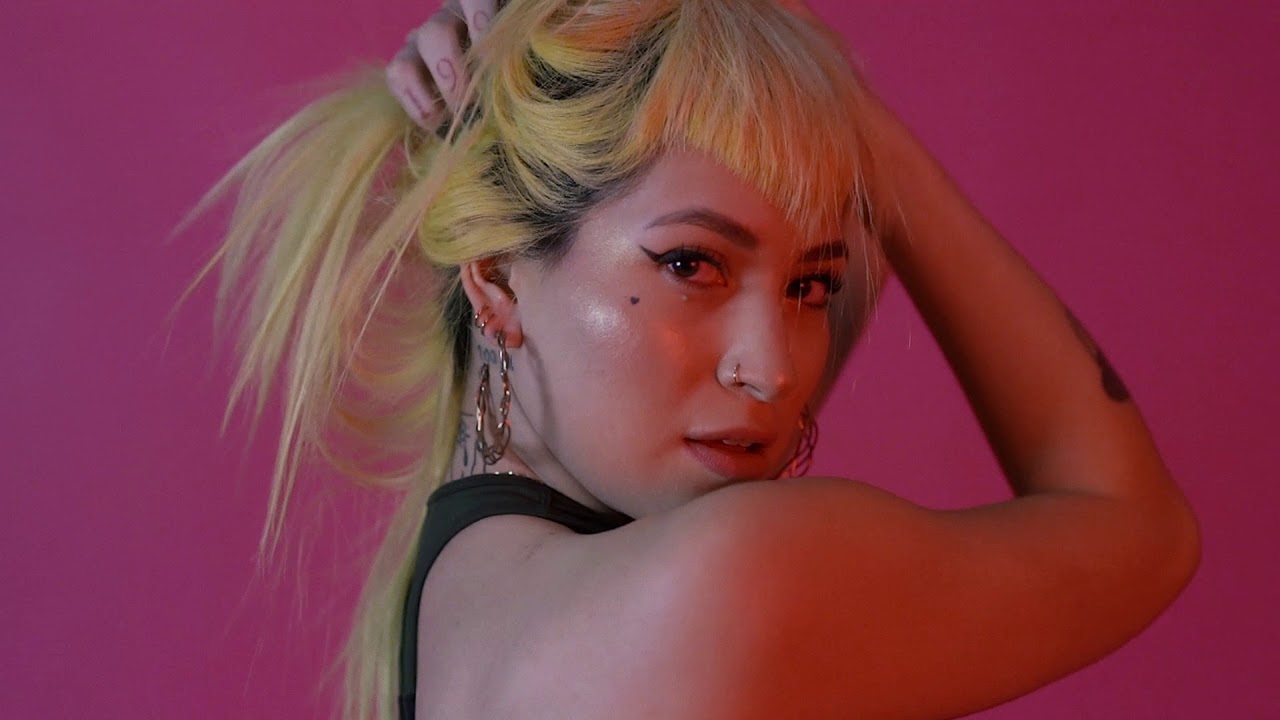 Right now in Mexico reggaeton is a social phenomenon. The music is everywhere: radio, TV, clubs, etc., etc. It’s listened to by all social classes, it’s breaking taboos about sexuality and freedom for new generations. And, there are a lot of styles: pop, Puerto Rican, Colombian, Spanish, underground, and many more sub-categories. Any Geim, a singer from Monterrey, Mexico, is known as the queen of the alternative perreo movement. She mixes urban Latin genres to to create a unique sound driven by her own sexual freedom.

Her lyrics speak about her experiences growing up in Monterrey without caring what people say, and putting her hands up to the female sexual revolution. “Poli”, short for “Poligamia” (polygamy), her first single, is concerned with the idea of loving everybody without any strings attached. Pure and simple. Any‘s music is being released by Estudio 1070, a label from Barrio Antiguo in MTY [Monterrey] downtown, founded by Hugo de Leon aka NurryDogg with the intention of creating a community née family of artists. Any Geim, NurryDog, Sam Katz a.k.a Wildkatz, 16k and Yill currently make up that family.

Although this is her first studio single, Any has already won many admirers at parties around the USA and Mexico, such as Peligrosa in Austin, Texas, and also the famous 01-800 Perreo in Monterrey.

Check out “Poli” below: