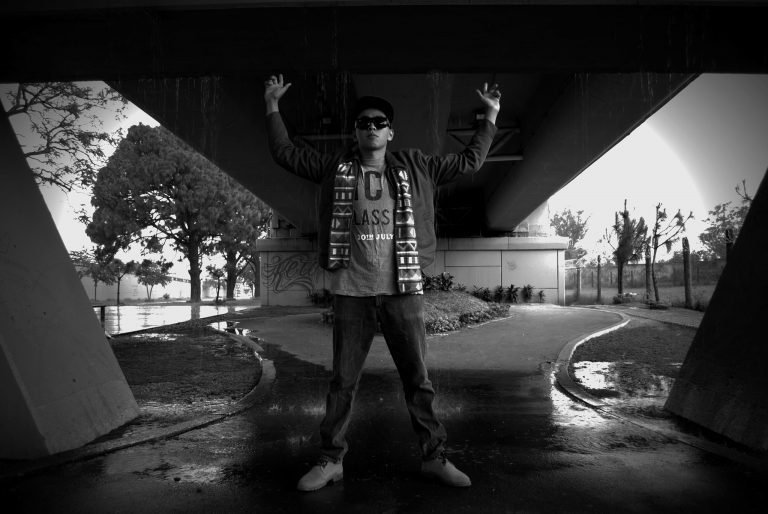 We are happy to present the first official video from ‘el Rey de los Embusteros’ (the king of the cheats), Paul Rivera. Known as R-Rivera, he’s a young MC from Las Varas on the Riviera Nayarit coastline of Mexico, a paradisaical area that’s home to many surfers, hippies, foreigners and tourists; full of incredible beaches teeming with parties, excess and freedom. It’s from here that this project was born, with its lyrics and rhythms reflecting the lifestyle of the area.

“Rey de los Embusteros” is R-Rivera’s first professional release. The production was taken care of by label boss Bial Hclap, who finished the production from his base in Guadalajara. Confidence was bred from the beginning of the process, with the team wanting to give a 360° twist on the stereotypical way of producing trap in Mexico. The EP also features a collaboration with io Muzik, a singer known for his fusions of reggae and urban music, and who is also based in Guadalajara.

The video was filmed in two of Guadalajara’s clubs: Gentleman and Queens, and Gin Club. The director was JDC Juvera and the editing was done by Da Players Town’ Flips de la Mora.

Download track from Soundcloud. Also available from Spotify and iTunes.