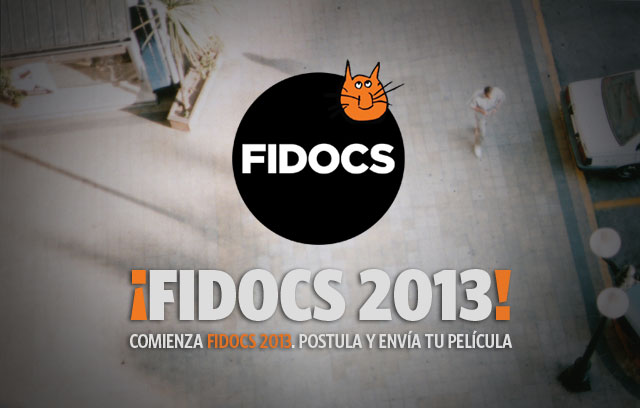 It’ll soon be that time of year again when the best in world documentary filmmaking converges on Santiago for one of the Chilean capital’s most diverse and enthralling film festivals. The Santiago Festival of International Documentary (or FIDOCS to give it its Spanish abbreviation) takes place from 24th – 30th June and sees a compellingly wide range of around 100 films wing their way to various venues in the city. While featuring films from all around the globe (FIDOCS 2012 featured Chilean premieres for new works from the likes of Werner Herzog, Frederick Wiseman and John Akomfrah), the Official Selection is firmly focused on Latin American filmmaking and is divided into three categories of competition.

The national section includes eight films from Chilean directors which, after last year’s female-heavy presence when six of the nine entries were directed by women, returns to a more masculine line-up. Sofía Paloma Goméz’s intriguingly-titled mental health study Quiero Morirme dentro de un Tiburón (I want to die inside a shark) and a joint-collaboration between Cristián Soto and Catalina Vergara, La Última Estación (The Last Station), are the only films with women at the helm this year. Other works to keep an eye on include Matiás Pinochet’s Los Rockers: Rebelde Rock & Roll, the story of the Chilean rockabilly band of the title, and Las Cruces de Quillagua (The Crosses of Quillagua), Jorge Marzuca Venegas’ film about a community living in the driest place on earth, deep within the Atacama desert.

The Latin American Competition includes films from Brazil, Cuba, Colombia, Mexico, Argentina, Spain and, erm, France. Doméstica, from Brazilian director Gabriel Mascaro, looks at the lives of household maids in a film that portrays the lives of the widely-neglected but nonetheless fundamentally important servants of middle-class society. One of three Argentinean films represented in the competition is La Gente del Río (The River People), from Pablo Aparo, which documents social conflicts which arise in the riverside town of Ernestina as new arrivals clash with long-term residents. Mejunje is a Cuban film from Juan Manuel Gamazo which celebrates the diverse nature of the citizens of Santa Clara by painting a portrait of a typical day in the life of the city. The French film, No Habrá Revolución sin Canción (There will be no Revolution without Song), from Melanie Brun, makes the list by being a film about Chilean music, specifically the Nueva Canción Chilena or New Chilean Song, a musical style that is intrinsically linked to popular left-wing political and social movements. Due to the nature of its content, this is likely to be a frontrunner for the top prize.

In addition to the two main categories, there is a short film competition which includes films from around Latin America and also opens its doors to works from the likes of Germany, Belgium and Poland. There will also be several screenings of international documentaries although details have still to be announced at the time of writing.

FIDOCS began life in 1997 and was founded by the acclaimed Chilean filmmaker Patricio Guzmán (The Battle of Chile, Nostalgia for The Light) as a means of promoting national and Latin American documentary in Chile, while also creating bridges between traditional documentary and external aspects of experimental cinema, visual art and fiction. Previous FIDOCS events have been enthusiastically lapped up by the public and this year promises more of the same.

Full details about the programme can be found on the official FIDOCS website.