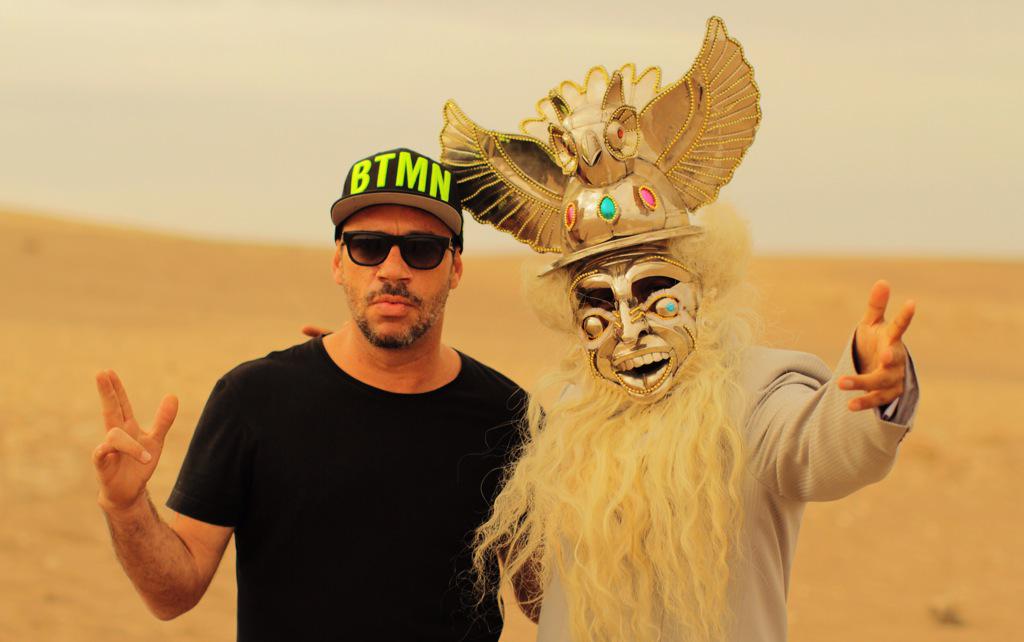 We’re delighted to bring you an exclusive premiere of the new video for ‘Cruzando La Pampa’, a track taken from Chilean DJ/Producer Latin Bitman’s recent album Airplane. Both video and song lean heavily on the carnival traditions of Bolivia, Peru and Chile’s altiplano, the mountain plateau populated by indigenous communities whose music, dress and dance is becoming increasingly influential and recognisable. ‘Cruzando La Pampa’ blends in hip hop in the form of Bitman’s compatriot Zaturno, spitter of zealous rhymes across the Atacama Desert.

This kind of thing has been going off in Chile for quite a few years now, with heaving fiestas in Santiago and Valparaiso very susceptible to the orchestral horns so evident here. Hopefully, tunes like this will help raise the profile of one of the region’s most distinctive regional sounds. By the way, if you like this, check out the mighty Banda Conmoción and the Festival de la Tirana, held every July in northern Chile and one of the biggest parties in South America.

“Cruzando La Pampa” is taken from Airplane, which is released by Nacional Records and available from Amazon UK, Amazon US and iTunes