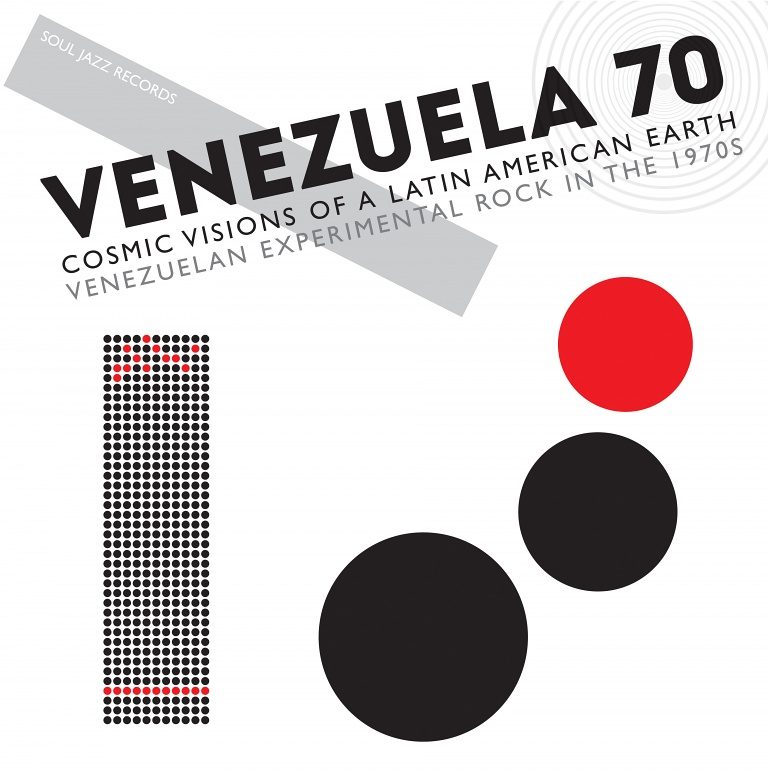 We have to admit that if there’s one area we really need to brush up on here at Sounds and Colours it is rare Venezuelan rock. Thankfully, with the release of a new record on Soul Jazz Records that work has been done for us. Venezuela 70 – Cosmic Visions Of A Latin American Earth: Venezuelan Experimental Rock In The 1970s brings together some of the groundbreaking music that was made in Venezuela in the 70s, by artists such as Vytas Brenner, Angel Rada, Pablo Schneider and Miguel Angel Fuster, artists mixing rock with jazz, funk, electronics and all manner of Latin styles.

The album was compiled by Toni Arellano, a Venezuelan who has been DJing since the 90s, often using the name Tostoni. Towards the turn of 2010 he returned to Venezuela after a spell in London and began to heavily promote Venezuelan music, setting up a short-lived blog called 4 Orejas before later starting his ScratchedLP YouTube channel, where he focused on publishing unknown Venezuelan music unavailable anywhere else. The channel built up a cult following, and has now gained close to 1,400 subscribers and 1 million views. Recently, he set up a Facebook Group called Un Vinilo Al Día (one vinyl a day) where he asks vinyl enthusiasts to talk about their most precious vinyls.

Last year Arellano proposed an album of rare experimental music from Venezuela to Soul Jazz Records – with whom he had a long relationship, selling them salsa and Latin jazz records while he was living in the UK, and ever since – and they agreed, allowing these artists and tracks to finally make an impression on vinyl. It’s fair to say that this release is one-of-a-kind, bringing to light an era of music many of us may not have even considered.

You can listen to Arellano’s YouTube channel at youtube.com/user/ScratchedLP/videos and listen to his mixes of rare Venezuelan music at mixcloud.com/tostoni. Here’s one of those below: