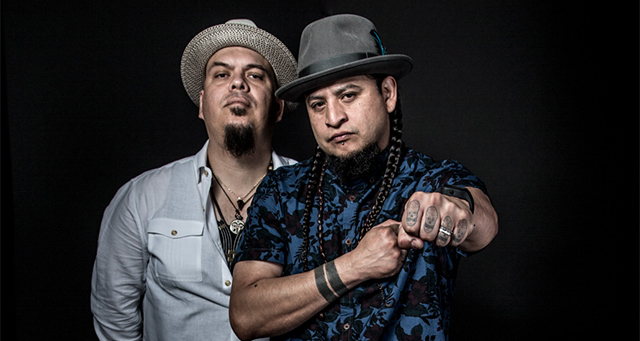 Oakland, California’s Bang Data, led by Deuce Eclipse on vocals and producer/instrumentalist Juan Manuel Caipo, have a new lyric video for a song that is a cosmic mix of reggae and rock.

“Galáctica,” the lead single for their forthcoming album, Loco, starts off with almost a dancehall vibe before transforming into a fusion of reggae, ska, hip hop and rock.

The song is about a man who’s in love with a woman that he can’t ever have, Eclipse told Sounds and Colours.

“She is in love with everything else in the world except him,” he said. “She’s Galáctica – out of reach.”

Watch the video below and keep up with the band on Facebook.