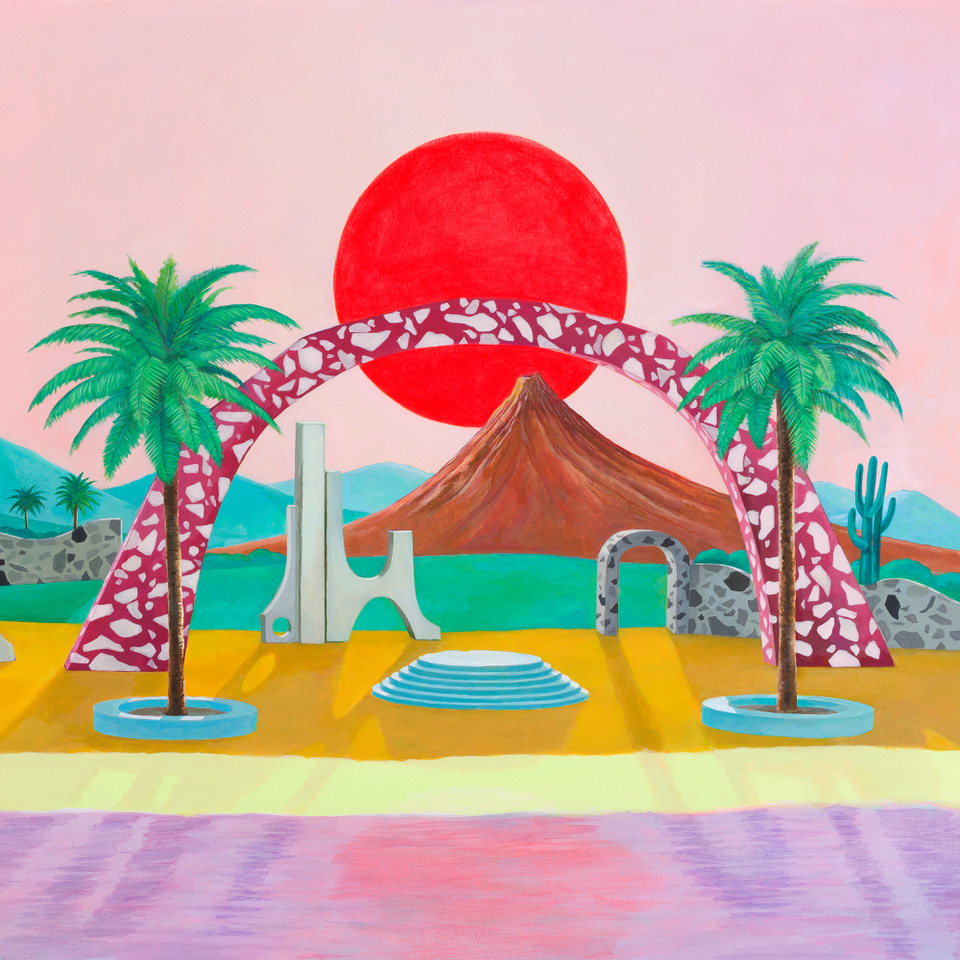 Malphino are an ‘outer-national’, mystical band offering a uniquely Asian-rooted hypnotic cumbia. Although based in London, the collective of diaspora musicians and visual artists dream further and wider than the big smoke, taking the listener to an imagined tropical idyll. Malphino have played multiple festivals and venues across the UK including Rich Mix, Hootananny Brixton, The Ritzy and Effra Social Club, as well as festival stages at Bestival, Secret Garden and Carnaval del Pueblo. Their debut album, Visit Malphino is released in May, and we have lead track “Molienda” available exclusively today for a free download.

Malphino’s name is a portmanteau of the original members’ respective nationalities. ‘Mal’ bridges David’s Malaysian origins with Alex’s Phillipino-‘Phino’- roots. This triggered the initial abstract concept of Malphino as an otherworldly place. As the band bonded and created collectively, this idea was embellished and a mythical island began to form aurally.

London has become a meeting point and international canvas for new tropical compositions over the years, with traditional music from Peru and Colombia seeping through the city’s speakers, offering the possibility for groups such as Malphino to form. In the east of the city in 2010, Japanese percussionist Yu Sato began his obscure Latin-oriented nights at the Haggerston, Hackney, where he was joined by Alex and David on accordion and tuba. They would re-imagine Latin tunes and interpret Italian film soundtracks. The regular event gathered a small community of musicians, gaining the momentum to form a cumbia band of six to eight members, together transcending the borders of Japan, Colombia, Malaysia, France, the Philippines and the UK.

Under London record label Lex (BBNG, Kate Tempest, Andrew Hung), Malphino’s musicians and artists twist through the various electrocumbia movements existent around the globe to carve their own unique sound. Their upbeat yet mellow feel maps a range of percussion and rhythms from either side of the Pacific Ocean with audible emphasis on East-Asian folkloric traditions alongside the distinctive origins of Brazilian forró, samba and ‘80s Peruvian chicha.

Malphino’s debut, Visit Malphino takes us around the shores and jungles of their mythical fantasy island. The album offers 17 tracks with titles in both English (“The Sleep Tree”) and Spanish (“Mono Borracho”). Interludes guide us from coast to coast, the tracks stepping stones across the different elements that make up Malphino. Soothing electric guitar and warming bass lines guide the ear on a dreamlike journey, reinterpreting traditional Colombian banda with organ, accordion and tuba. A satisfyingly fluid use of electronic sequencing, rapturous reverb and futuristic echo effects lace together vintage, often psychedelic vocals, progressive melodic lines and tropical animal calls. The percussion is varied: the wood and metal of marimba and guacharaca accent subtle digital warblings, familiar accordion textures, voodoo vapours and woodblock charm. It is hard to resist the fun and intrigue of this tranquil yet energetic odyssey.

Malphino’s sound is complemented by their colourful image, with two of the band’s members (Yu and Alex) working as professional art directors. The album’s cover art emulates the playful vision of a surreal world rooted in fantasy and escapism.

Listen/Download “Molienda”, the lead track from Visit Malphino, at smarturl.it/Molienda

Visit Malphino is released on May 4th and is available for pre-order on vinyl from Rough Trade and other record stores.

Watch the video for “Molienda” below:
http://www.youtube.com/watch?v=PyUDgZZvzU4