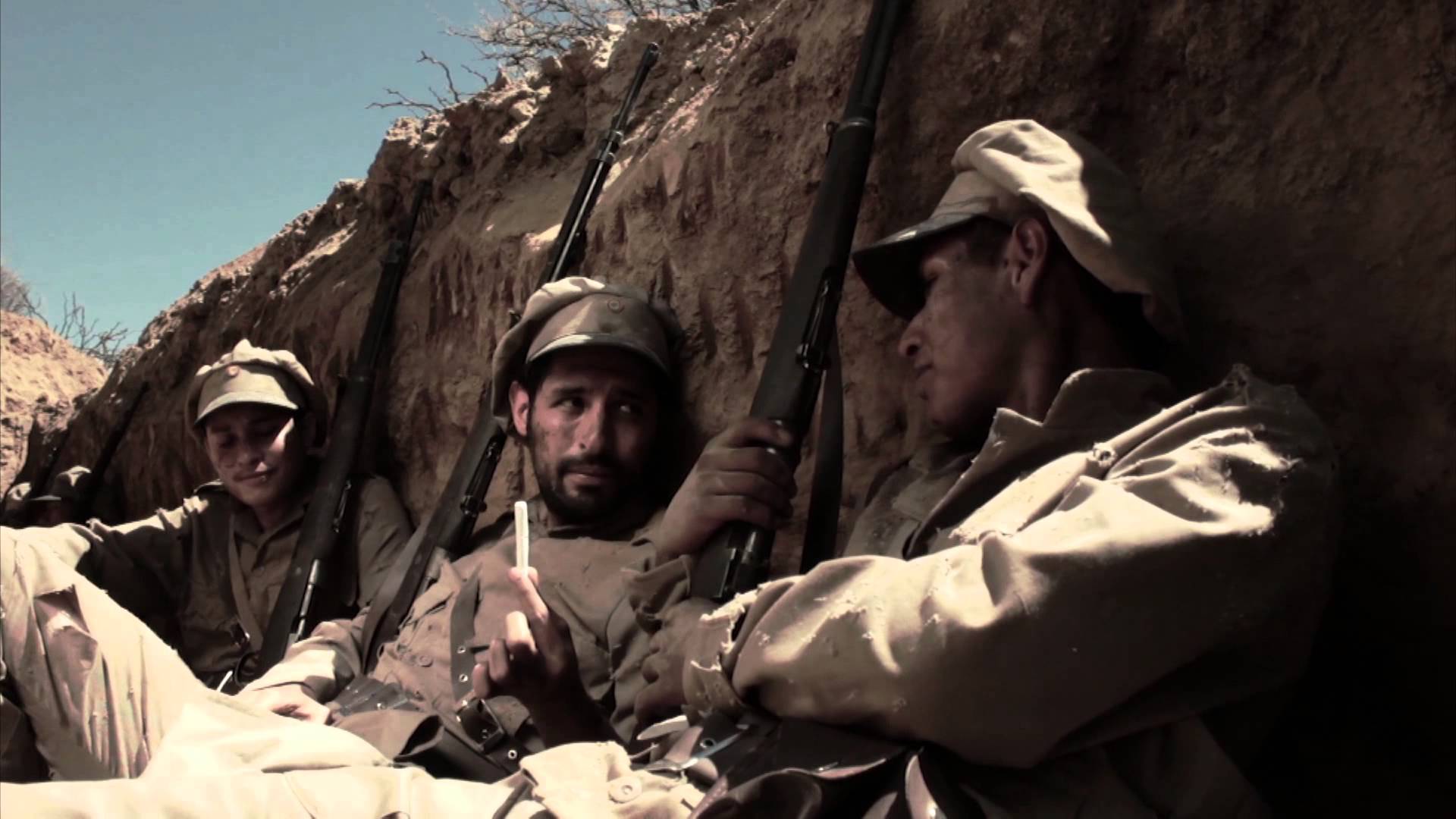 Encompassing swathes of Bolivia, Paraguay and Argentina, the Gran Chaco is South America’s second-largest wilderness after the Amazon rainforest. But in stark contrast to its tropical neighbour, the Chaco is a dry, sun-charred no-man’s land of thorn forest and red-dust scrubland.

Inaccessible, snake-filled and with summer temperatures in excess of 45 degrees, it’s the last place you’d want to fight an interminable war. But between 1932 and 1935, this was the hell that engulfed young men from Bolivia and Paraguay.

Known as the Chaco War, the conflict was triggered by evidence that the region hid vast riches of black gold. Both Bolivia and Paraguay swiftly expanded their claims of ownership. With neither side willing to back down, tensions built to a high heat, fuelled by jingoism on both sides.

“Is even Paraguay going to push us around?” asked Bolivian President Daniel Salamanca. “War will be an adventure for Bolivia!”

In 1932, the two armies began advancing towards each other. Bolivian soldiers, recruited largely from the country’s mountainous west, swept down into its sweltering lowlands. Their initial strategy was to seize the strategic fort of Boquerón, from which they could control the central Chaco. In September 1932 they fulfilled their goal – but with a force of only 600 soldiers. An army of 10,000 soldiers marched from Asunción and surrounded the fort, sparking the first battle of the Chaco War, the battle of Boquerón.

It is this battle that director Tonchy Antezana takes as the subject matter for his latest film, Boquerón. Antezana is one of Bolivia’s most revered film-makers, primarily for his internationally acclaimed 2008 work El Cementerio de los Elefantes (The Elephant’s Graveyard).

In La Paz folklore, an elephant’s graveyard is a secret room, hidden above a bar, where customers go to drink themselves to death. Antezana’s film, an adaptation of awell-known Paceña novel, is a debauched, philosophical stagger through the city’s underbelly of alcoholics, drug-addicts and penniless prostitutes.

Considering its subject matter, it’s no surprise that Antezana’s latest film is just as bleak as El Cementerio. While the Chaco War was ostensibly about oil, it quickly became a desperate struggle over a more basic resource: water. By the end of the conflict, more Bolivian soldiers had died from dehydration than from the fighting itself.

This reality was apparent from the war’s opening sallies. At Boquerón, the key resource the Bolivians were defending was less the fort, but rather the only waterhole for 65 kilometres. As this water was depleted and the ferocious sun beat down on dazed Altiplano soldiers, a cruelly accurate nickname emerged for the Chaco conflict: ‘the war of thirst’.

As in El Cementerio de los Elefantes, director Antezana uses a flashback technique to fictionalise the battle. His film opens in present-day La Paz. A young man travels to the funeral of his grandfather, where he is given a diary describing the deceased’s experiences fighting in the Chaco War. On the bus home, the young man flicks the diary open, and is drawn back to the battle of Boquerón.

This flashback approach reflects the director’s aim in making the film. “The Chaco War is a subject that’s very poorly covered in schools here in Bolivia,” he told Sounds and Colours, at the film’s premiere in Santa Cruz. “I made it to honour the veterans, but also to show new generations something about the conflict, so it isn’t forgotten.”

Through the diary of the young man’s grandfather, we follow the stories of four Bolivian soldiers. Each is drawn from a different strata in Bolivia’s strict social hierarchy of the time.

At one extreme, there’s Tomas, a young indigenous man who grew up in a stone hut by the banks of Lake Titicaca. His indigenous heritage strips him of any rights and, when the war erupts, he has only two choices: the army or prison. “I chose the army,” he narrates,” because at least that way I had some hope of survival.” He prepares to leave with a blessing from a local shaman, the waters of his ancestral lake glimmering in the darkling light.

In contrast, another of the soldiers, Jean-Albert, comes from an aristocratic family and is free to choose whether or not to sign up. He opts to do so, encouraged by a flamboyant history teacher who claims that, every now and again, a country needs a war to purge itself of the decadence accrued through years of peace.

While these two backstories work well, however, others are painfully hackneyed. Another of the four soldiers is a 16-year-old poet lost in starry-eyed love for a young woman back home. Stilted scenes show the two of them together, demonstrating the ferocity of their passion with all the originality of a straight-to-video Disney sequel. Presented via flashbacks in the middle of the brutal realism of the unfolding battle, these scenes threaten to destroy the power of the film’s evocation of war.

Ultimately though, it was the horror of the conflict that Antezana set out to portray. “This isn’t a patriotic film,” he told Sounds and Colours. “It’s a human film, about people who suffer, who hurt, who are hungry, thirsty, desperate, whatever country they come from.”

And while his film frequently falls into melodrama when it leaves the battlefield, it captures the singular brutality of the Chaco War with ruthless vividness. Surrounded by thousands of Paraguayan troops, the 600 Bolivian soldiers defend their position bravely and enjoy a series of early successes. But then the wells begin to dry up. As the days pass, lips crack into bloody lines. In some cases, minds crack too. Soldiers attack their own comrades within the fort, or make suicidal dashes into no-man’s land to grab the water canisters of dead Paraguayans.

The film also successfully captures the landscape in which the fighting took place. The Bolivian soldiers’ beige uniforms merge with the crumbling dust of the surrounding countryside. The camera pans over nights of bulbous toborochi trees silhouetted against a clear and glittering sky, the land littered with bloated bodies. In one scene, which builds to the film’s most stomach-churning moment, soldiers from each side push through the Chaco’s characteristic thorn forest, stripped of greenery and studded with bristling spines. It was this desiccated, merciless setting that made this war – the bloodiest in the Americas in the 20th century – so horrifically distinctive.

For all its flaws, Boquerón places a fascinating if gruelling lens over an under-exposed chapter in Latin American history. It is released in cinemas across Bolivia from Friday 14th August, and is well worth watching for anyone interested in learning more about the region’s past.