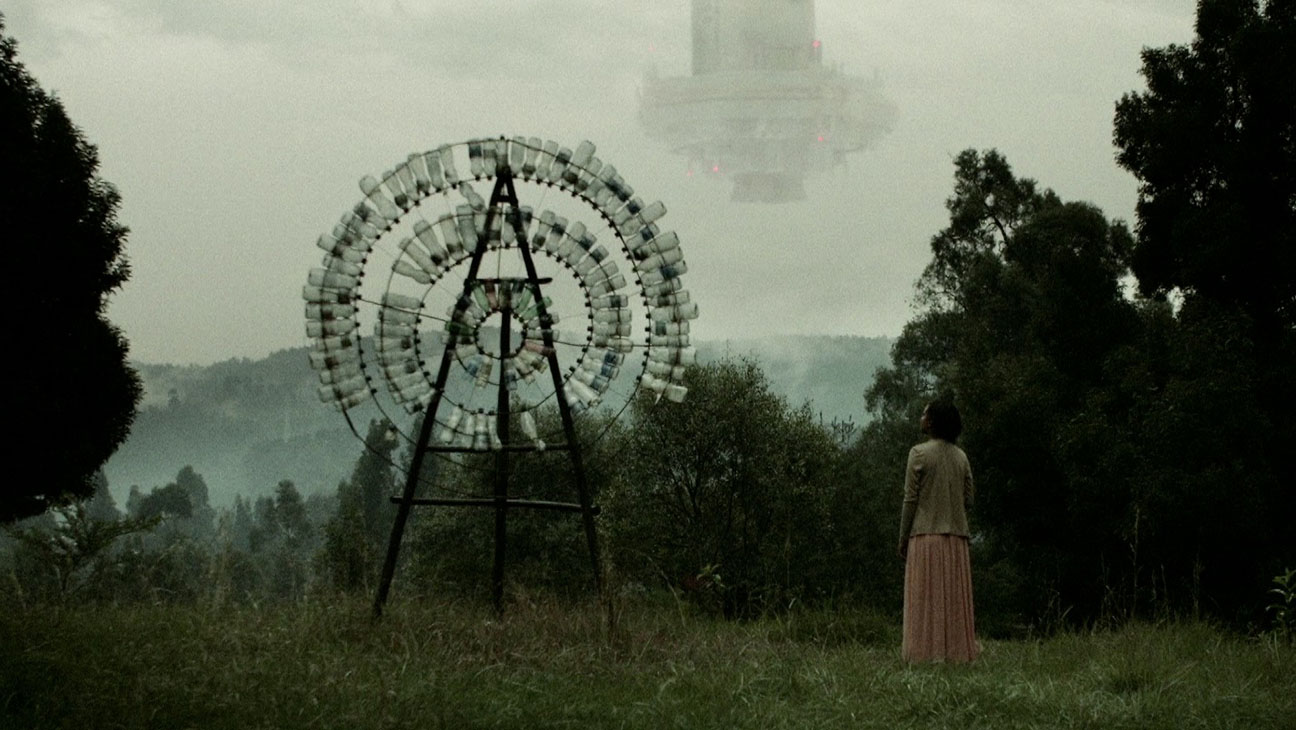 In these days it’s not hard to find a post-apocalyptic, post-war movie, in any size or any color you may desire. From the pandemic 12 Monkeys (1995) to the allegedly-feminist Mad Max (2015), or from the bleak The Road (2009) to the zombie society of 28 Days Later (2002), there are infinite tales of what may come after the judgement day arrives. But, certainly, you’ve never seen a twist to these kind of stories like the one Spaniard Miguel Llansó has delivered in his second movie, Crumbs.

Even though filmed in Ethiopia’s capital, Addis Ababa, and spoken in Afrikaans and Amharic, the story belongs to nowhere, set in a no-time and filled with characters that inhabit a distorted popular culture. Llansó disconnects any possible link with our world and introduces us into a new dystopia in which a couple dream to leave Earth in a spaceship that gravitates above them. War has ended but few survive in an atmosphere of nostalgia for the ancient days (in which warriors worshiped Ninja Turtles action figures, Michael Jackson’s Dangerous album and Max Steel’s toy sword).

Spirituality seems to have also suffered a brutal transformation after the war, since we see how the wife prays to a small shrine dominated by a picture of Michael Jordan in his best days at Chicago Bulls. In another scene a black, skinny Santa waits in an abandoned building to hear the children’s wishes, but as soon as someone reaches him to ask for a favour, the cynical Santa shields under bureaucratic procedures to deny them.

Crumbs mocks other post-apocalyptic tales and builds its own version of a world turned upside down by death and violence. Satire, nightmares and surrealism meet in this movie that develops in a slow pace but has plenty of surprises scene after scene. It’s David Lynch meeting Harmony Korine meeting Andy Warhol, a nightmarish world making you wonder where those nightmares are coming from.