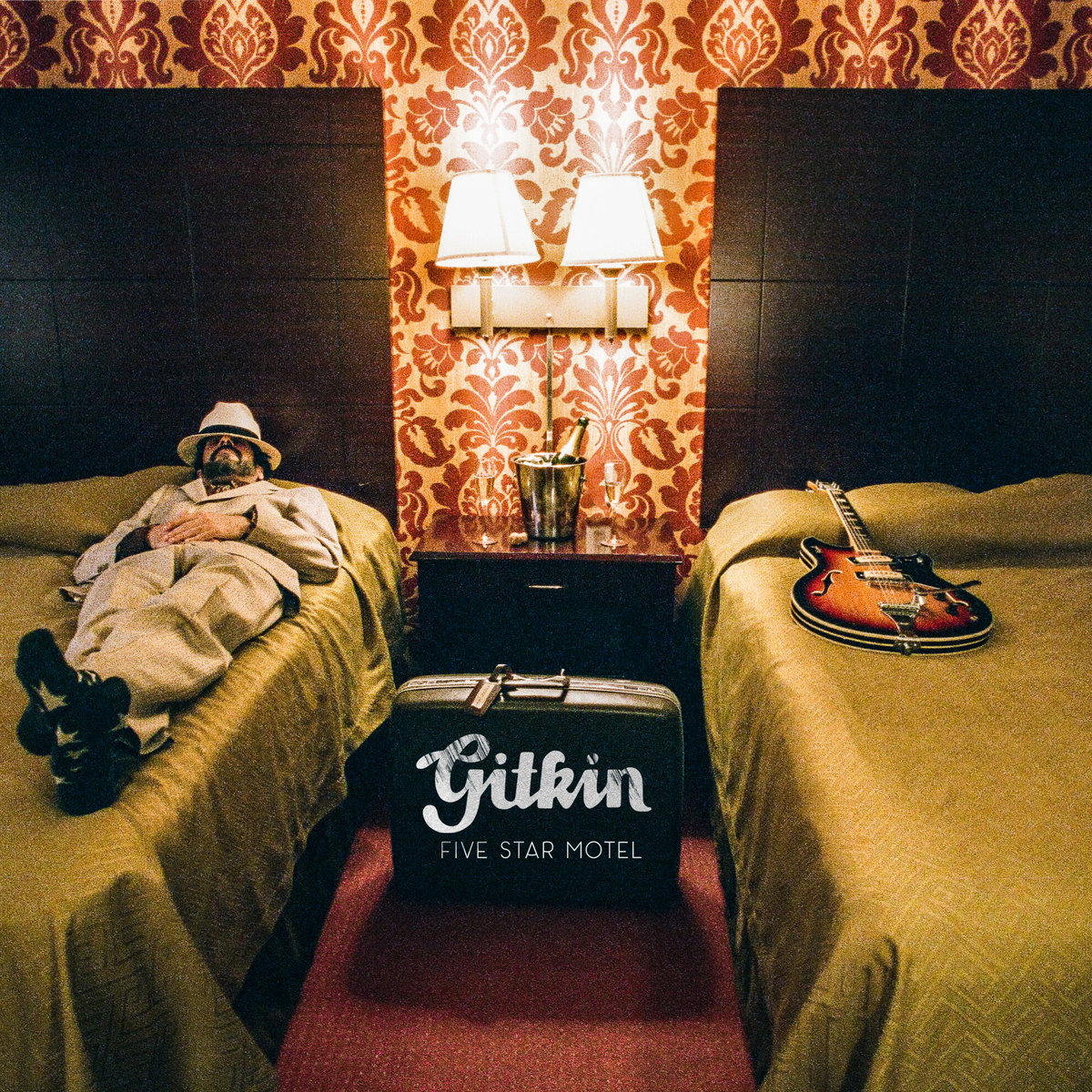 The press blurb about the debut LP from Gitkin talks about inspiration coming from the artist’s wandering guitar salesman uncle and the international influences he came into contact with along the way. It makes sense of what is an unusual and magical fusion on a collection of tunes that are fully steeped in the musical language of Americana whilst drawing influence from all over the world. Heavy tremolo guitar lines of the kind usually heard in rockabilly or surf psych float over the top of shuffling afrofunk or Latin beats. It sounds like the soundtrack to an American road trip film that just keeps going through Central and Latin America, North Africa and Asia.

It’s hard not to draw comparisons with the much-hyped Texan trio Khruangbin. But whilst their sound is light and ethereal, Gitkin is heavier and more direct. Favourite tunes include the sublime Peruvian chicha of “Cancion Del Ray”. I love “El Milionario” as well for its Arizona road trip guitar over driving up-tempo cumbia bassline. Probably the catchiest tune is “Grand Street Feast” which the publicity pack claims is inspired by Tuareg Saharan music but I’m hearing as a straight up Irish melody led by an electric banjo over a Caribbean beat. I guess that’s the strength of the album. It’s from anywhere and everywhere at once but still hangs together as a cohesive sound.

The only thing I think it lacks is the odd vocal to make the most of some of the melodic invention. Strangely the only time vocals are used in earnest are on the last track, “Ohm Rider – When You Die You’ll Meet God”, and it’s sublime. Heavy psychedelic guitar led dub with vocal melodies drifting in and out above twisted organs give a heavy underwater feel to it. It’d be a worthy replacement for Pink Floyd’s Echoes in cult surf film Crystal Voyager. I’m hooked. I’m not a big fan of the word ‘cinematic’ as I’m not convinced anyone really knows what it means. Nevertheless Gitkin’s music feels like a film soundtrack waiting for a film.