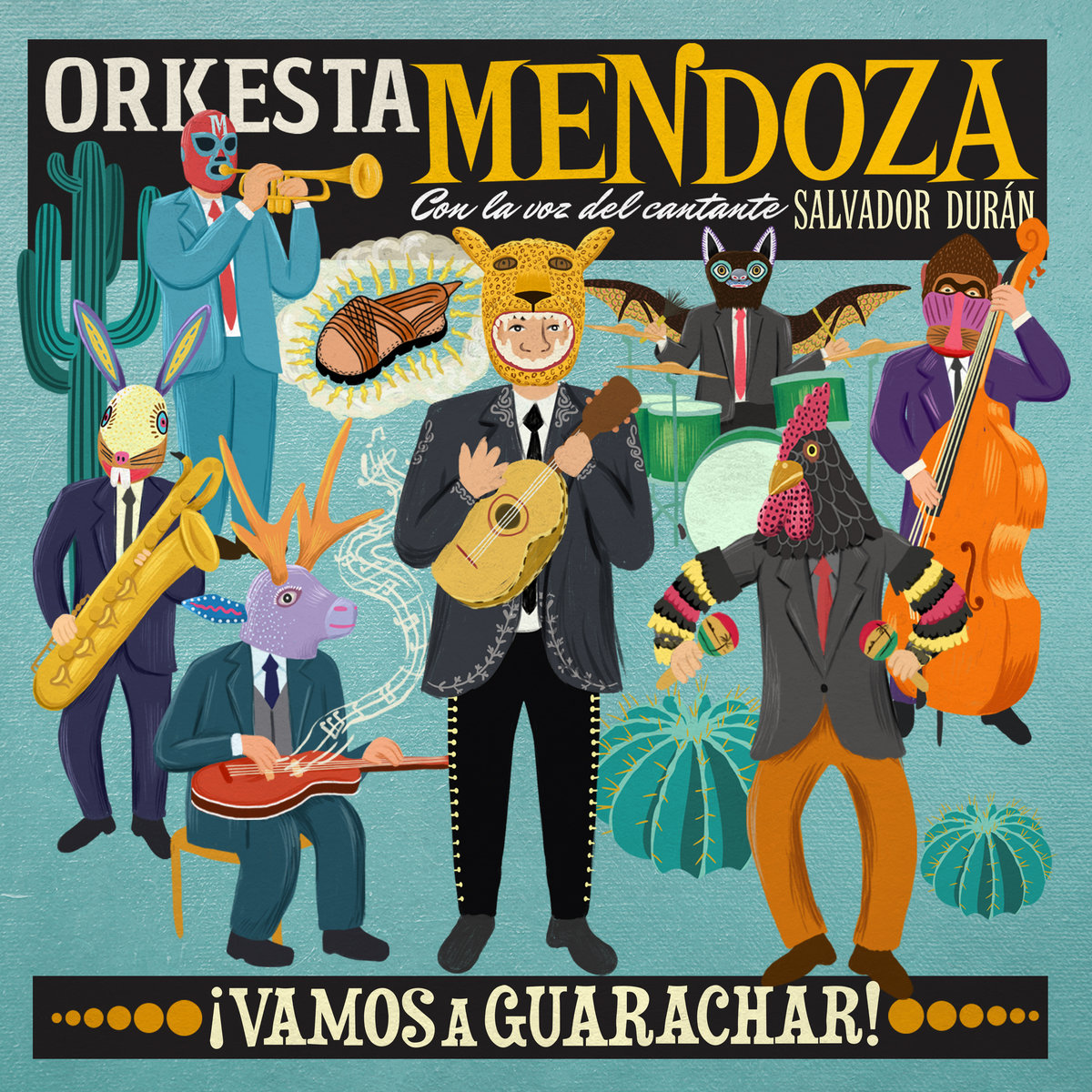 Perhaps there is something about the borderlands setting of Tucson, Arizona, that inspires musicians to experiment with a variety of sounds. The Tucson-based rock bands Giant Sand and Calexico have developed reputations for their shifting approaches and genre mixing over the past few decades. Fellow tucsonenses Orkesta Mendoza continue that tradition on their latest album, ¡Vamos a Guarachar!, and in some ways the band is a mirror-image of Calexico. While Calexico can be described as a rock band that dabbles in ‘Latin’ sounds, Orkesta Mendoza is a band firmly rooted in styles such as cumbia, mambo and boogaloo that incorporates rock music into their sound.

Although ¡Vamos a Guarachar!, is not as “retro” as Orkesta Mendoza’s previous album, Mambo Mexicano! (released in 2012, when the combo was known as Sergio Mendoza y la Orkesta), it still qualifies as something of a throwback. The album is full of songs that sound ready for the dance floor, which in 2016 would probably have most readers thinking of a sound that is predominantly electronic. But that is not the case with Orkesta Mendoza, whose sound is dominated by horns, drums and percussion and keyboards.

This is not to say the band is a curious nostalgia exercise merely content to reconstruct the sounds of Latin brass combos of decades past, however. The opener “Cumbia Volcadora” is a brassy barn-burner that would not be out of place on a Discos Fuentes compilation; electric guitars and spooky keyboard riffs give “Mapache” a psychedelic feel and other songs, like the driving “Caramelos” and the acoustic guitar-dominated “Nada Te Debo,” which sounds very much like a Calexico song, are more rooted in rock music than styles like cumbia or mambo. Moreover, the electronic touches on “Caramelos” make it clear this is not an album totally rooted in times past. Mingling genres, decades and languages, Orkesta Mendoza is yet another band to do the borderlands city of Tucson proud. With a strong set of songs and excellent production, ¡Vamos a Guarachar! is clear proof these guys deserve international notice.

¡Vamos a Guarachar! is available from Amazon UK, Amazon US and iTunes.