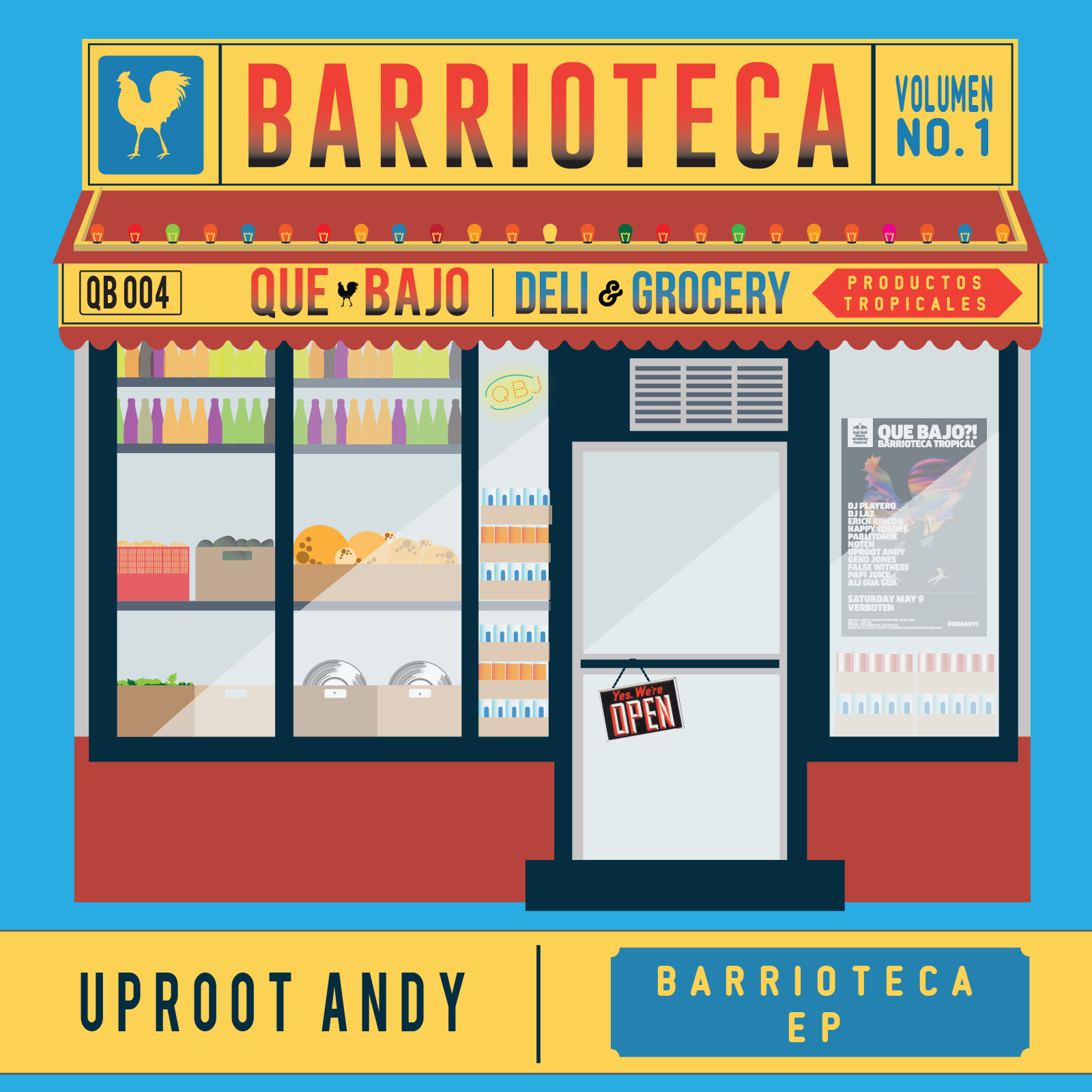 ‘Barrioteca Tropical’ is a movement and Uproot Andy is at the forefront. Putting together parties in New York, releasing material on independent labels and mixing tropical tunes since the beginning, when even hashtags genres like ‘global bass’ hadn’t been born. We are talking about Bersa Discos, Que Bajo?! and so many things that started happening about a decade ago in the scene of tropical electronic music.

Now here we are, tropical bass is still on the underground, but you can also hear it in massive parties worldwide. One of this these scale parties was Que Bajo?! Barrioteca Tropical, an encounter with the support of the Red Bull Music Academy and showcasing acts like DJ Playero, Notch, Erick Rincon, Kumbia Queers’ Ali Guagua and of course Uproot Andy and Geko Jones as house guests. It was a victory night.

Celebrating this triumph, Uproot Andy has shared Barrioteca EP, the ultimate blend of the divergent tropical styles mixed in the hands of this versatile producer. You can recall most of his catalogue of references from the styles compiled on his remix series filled under Worldwide Ting released not too long ago.

This fresh material brings you the next level understanding and quality that global bass music is enjoying nowadays on a production note, where artists are not just making collages of genres, but creating new music with hand-picked elements of traditional sounds. Let’s try to depict each one of the tracks. Starting off, when you hear “Barrioteca”, you can feel a strong reggaeton vibe well-blended with futuristic beats and crazy synths. “Arroyo En El Barrio” samples more traditional folkloric tropical rhythms like bullerengue flourishing between deep bass lines and filtered knob games.

To close the doors to this Barrioteca, Uproot Andy adds a bonus Remix of “Manolo” song by Los Gaiteros De San Jacinto, an iconic Colombian band, especially amongst the world’s Caribbean electronic music producers. The only thing I will say about this track is that, the sound of looped gaitas in your head will never leave.