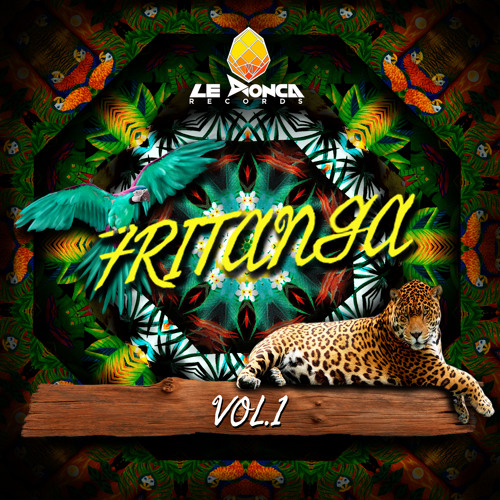 If you’re a fan of the tropical bass sound, one of the most exciting things is the fact that, seemingly, there’s a new release every day. Labels like Regional and Frente Bolivarista are consistently pumping out interesting EPs and compilations that aim to capture a moment in time for this umbrella term that covers everything from dancehall to dubstep, techno to trap. I must confess that Le Ronca Records is a new one on me but, in what looks like to be their 15th release on this netlabel, they’ve managed to pack in more than a couple of gems.

With a tracklist that extends to 39 tunes, you could argue that there’s bound to be something in there for everyone. But even though I’m not a diehard fan that loves everything ‘tropical bass’, it’s easy to see that there’s been some real effort in the selection. Plus, as a free download, you can’t go far wrong.

Skipping from country to country and musical style to musical style, what comes across in this musical snapshot is the variety and boundary-pushing experimentation that’s part and parcel of the scene.

The album kicks off with a slow-burner from Argentinian Jin Yerei who takes the cumbia-style syncopated beat and drops the BPM to a beautiful hypnotic level. This is closely followed by a dreamlike track from Escolastiko (Peru), who channels the Café del Mar vibe to leave you yearning for a sunset.

Panther Panther’s Mexican hook up with a folk singer plying her trade in the UK, Nuala Honan, has quite a strange result. Namely something that’s as close to an early mainstream crossover hit as you’re going to get. DJ Neber from Mexico gets all Mr Scruff instrumental on us with his contribution; there’s some great new Argentinian hip-hop courtesy of CehacheRespira, plus proper head-nodding juke delivered all the way from Bolivia by Hazztep.

Whatever particular sub-genre of tropical bass you call your own, there’s a track for you. More than that though, listen through and you’ll find there are some genuine ear openers that will have you carrying out some further investigations on Facebook and Soundcloud.

As an album, it isn’t perfect. With so many tracks, everyone’s bound to think some are duds. But as another diary entry in the life of a scene that just seems to keep building momentum, it’s definitely worth an extended listen.

Fritanga Vol. 1 is released by Le Ronca Records and available to download from Mediafire.

Listen to the compilation in full below: