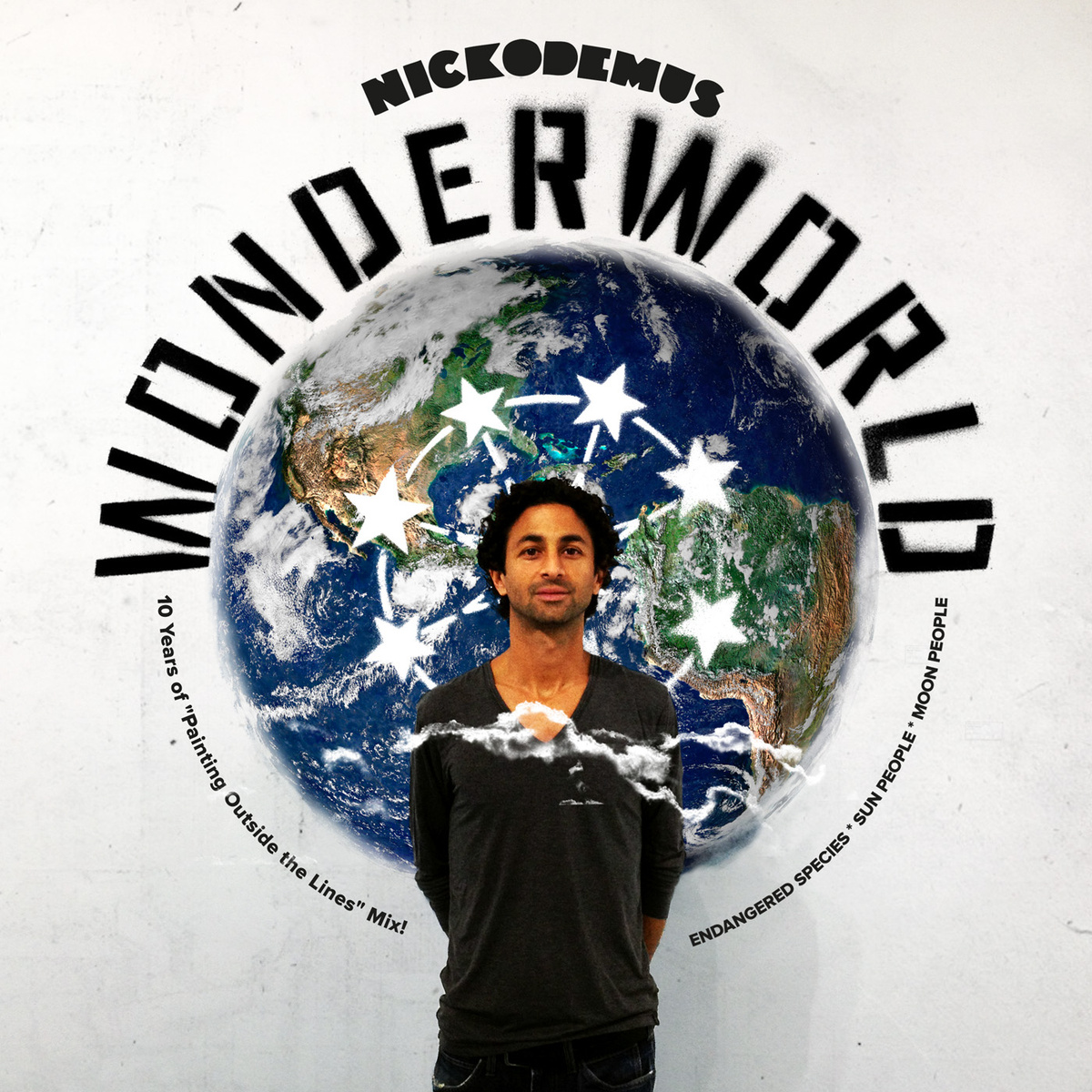 Review WONDERWORLD: 10 Year Of Painting Outside The Lines

Few artists maintain such a strong and diverse body of work as Nickodemus. His love for global rhythms is clear to see when you hear one of his original albums or when you stumble upon one of the releases from his New York based label, Wonderwheel Recordings, which functions as an extension of his musical taste with a worldwide selection of artists situated on the first line of fusing electronic and traditional sounds.

It’s been 10 years since the release of Endangered Species, the debut full length that put Nickodemus in the spotlight, and to highlight this historical event he has put together a mix album with more than an hour of hand-picked tracks, including remixes and collaborative projects side to side with the greatest hits from his solo career.

Just by looking at the tracklist you will instantly recognise names like Quantic, Carol C from Si*Sé, Tarafs de Haidouks, Sammy Ayala, The Pimps Of Joytime, Jose Marquez and Zeb, among others. Top quality artists from so many different backgrounds and places around the world, whose sounds vary from Latin rhythms, dub delays and house beats to all kind of funky-fuelled experimentations.

Zeb’s reggae take on “Mi Swing Es Tropical” is one of those tracks that send you on a plane with no scales to a Caribbean island, before then being taken straight to Barcelona’s Ramblas when Los Tarantos starts to play. “Funky In The Middle” with Jay Rodriguez and “Give The Drummer Some” with The Real Live Show are classic funk tracks from the Nickodemus repertoire, paying tribute to the originators with deep bass lines, powerful breakbeats and beautiful brass sections. Latin vibes are around the corner in “La Lluvia” with additional Quantic production and on both versions of “Conmigo” (remixed and original) where Sammy Ayala takes the mic.

WONDERWORLD is not your average greatest hits album, because it’s released in the shape of a mix CD, showing also that Nickodemus is as good as a producer as he is a DJ, with the experience of being a resident at the Giant Step parties and the founder of Turntables On The Hudson. The CD also comes with a download code to get the unmixed tracks so you can have the complete collection of hits for your listening pleasure.

WONDERWORLD: 10 Year Of Painting Outside The Lines is available from Amazon UK, Amazon US and iTunes