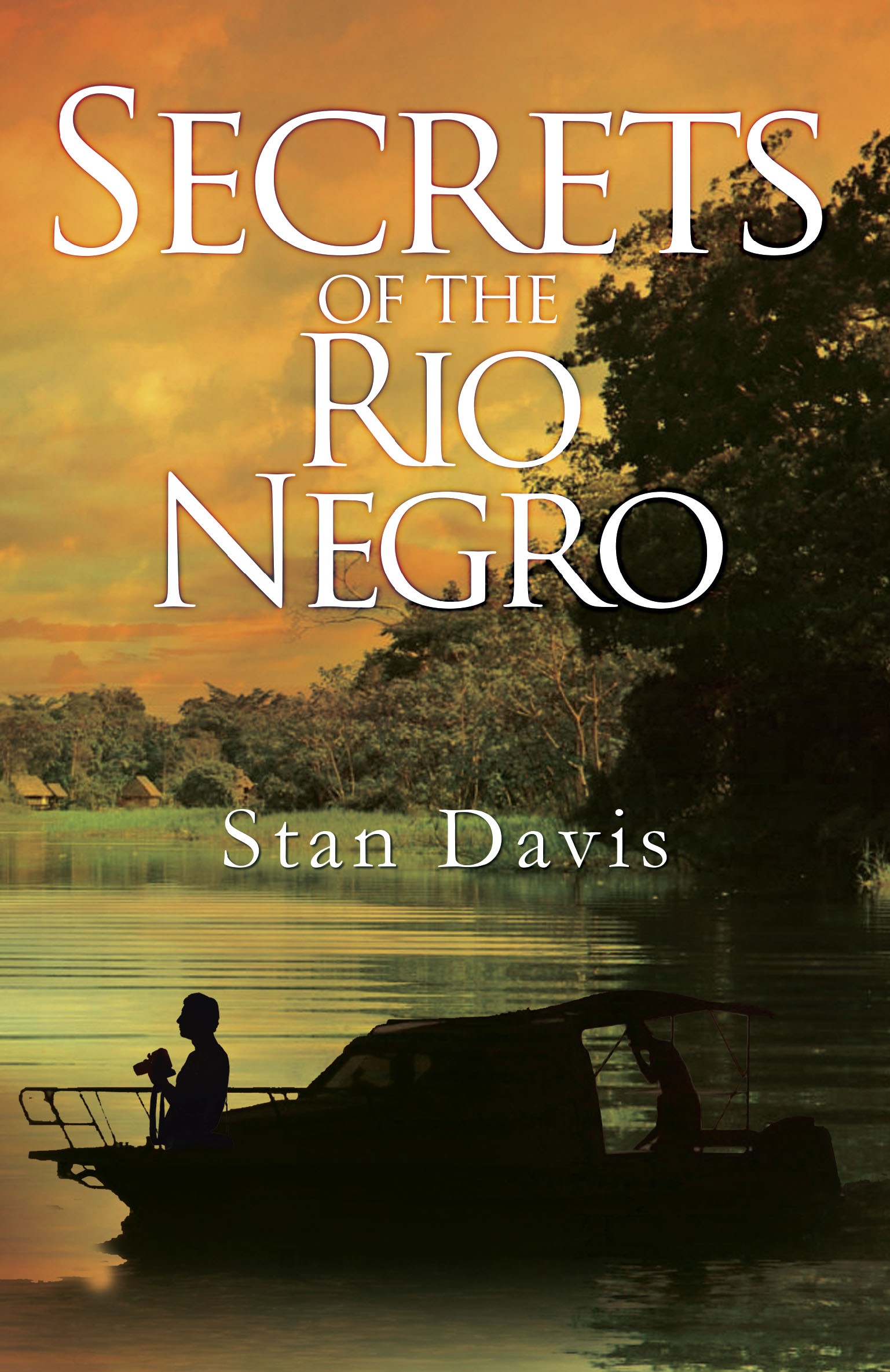 Secrets of the Rio Negro by Stan Davis

Stan Davis’ Secrets of the Rio Negro is a boy’s own paper piece of adventure fiction.

The preamble is straightforward and cursory. The hero, Martin Lockwood, recounts his somewhat spare childhood. His mother is almost totally absent, existing merely as a figure by his bedside or else with a suitcase in the hall on the day of her departure. His father, a brilliant barrister, is detached but not uncaring, yet to say he is a negligible character is an understatement. As for the hero himself, well, he’s a solipsist, who glides past everyone without noticing them unless they get their kit off or else have some other utilitarian function. Accompanying Lockwood on the journey, thus far, is a thicket of clichés so dense you need a machete to hack through them.

It would be easy to think that Lockwood was born and brought up in Victorian nursery rather than in the early 1980s such is the overwhelming feeling of anachronism. This is compounded when as an undergraduate at Oxford (in the very late 1990s) he’s given an MG by his father and professes a liking for sun, sea and sex in Bournemouth, Majorca or Cornwall. This is not to derogate any of them, but by this time even gap-year students were making it to places as exotic as, well, the Rio Negro. At this point belief is hanging upside in the lianas of improbability. It doesn’t get any better after his father’s death.

William Henry Lockwood turns out not to have been constructed out of solid balsa wood after all. Indeed, in the late 1960s or early 1970s (which is apparent from the timeline), he was exploring the Amazon just around the corner from Manaus. How does Martin know this? He finds old faded photographs in black and white taken on a Leica and accompanying notebooks. This sets Martin’s mind racing and with his father’s inheritance he decides to leave Ella, his perfunctory love interest, his flat in Cornwall and the Eden Project (where he’s employed as a biologist) to set off to retrace his father’s steps.

Carry On Up The Jungle

Barcelos becomes Martin’s guide to the secrets of the Rio Negro. Suffice it to say that Martin’s dad had deflowered a few of the tribal dames – for the purposes of refreshing the gene pool – and the relationships and experiences they have thereafter are entirely related to this. There is even a cameo role for a Swiss Army knife.
This type of book is the staple of many an airport lounge. The narrative structure is in place, it is just a pity that the story never gets beyond a flimsy travelogue. Nothing, not the landscape, the wildlife, the relationships, the hardships, or the perceptions of those involved ever gets treated to any depth.