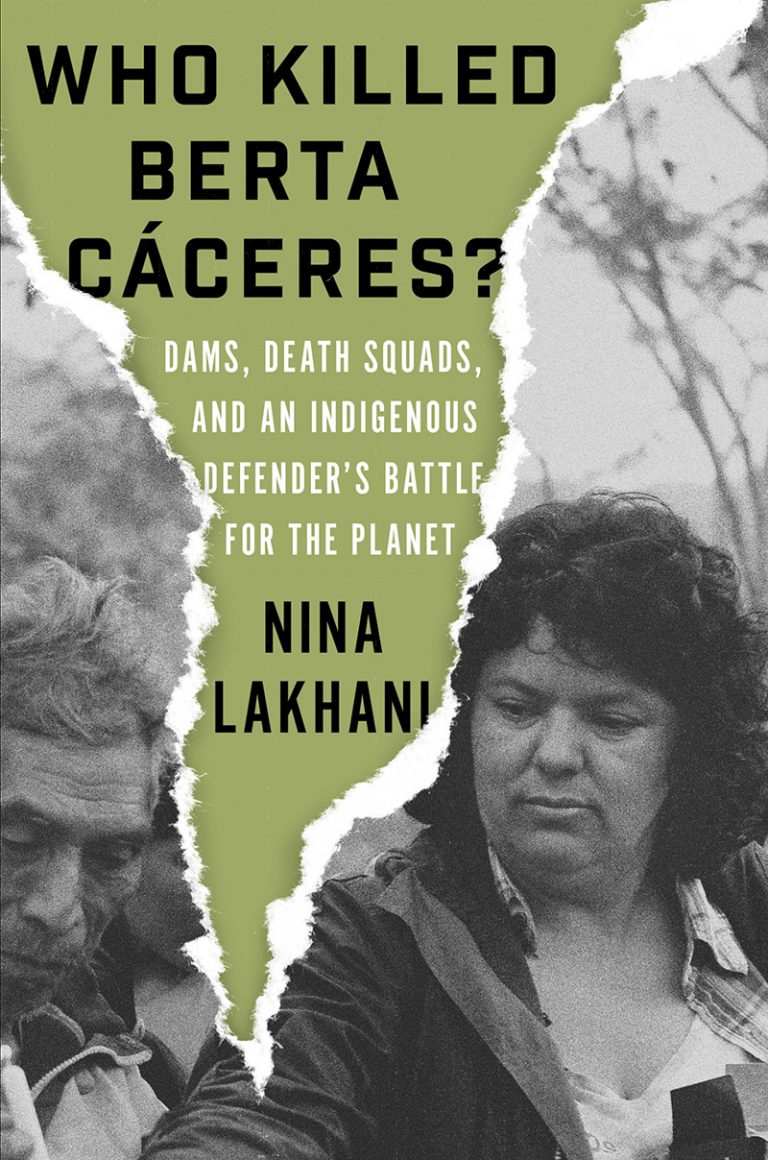 Who Killed Berta Cáceres? Dams, Death Squads, and an Indigenous Defender’s Battle for the Planet

This article is republished with permission from Amnesty International UK’s website.

Berta Cáceres, tenacious environmental and human rights activist, was shot dead in her own home in Honduras in March 2016. Having campaigned tirelessly to protect indigenous communities on the Gualcarque River and stop the construction of the Agua Zarca dam, Berta had made many enemies and was a serious threat to the status quo of a corrupt economic power system that had not changed in Honduras for decades. The 2009 coup heralded a huge rise in environmentally-damaging megaprojects that displaced indigenous communities.

“World Environment Day” was such a fitting date for the renowned British journalist Nina Lakhani to launch her book: Who killed Berta Cáceres? Dams, death squads, and an indigenous defender’s battle for the planet. Lakhani believed that to understand how the killing came about, you had to understand who Berta was and where she came from.

Berta grew up an activist. Her mother was a midwife who opened the young Berta’s eyes to the miserable conditions of families in neglected rural communities. Her mother also helped to organise against US-backed death squads operating across Central America. At 18 Berta travelled to El Salvador to join the National Resistance, but when she returned in March 1993 to co-found COPINH (Council of Popular and Indigenous Organisations of Honduras), to fight for the territorial rights of the Lenca community, Berta was convinced that the way forward was an unarmed social movement. No guns!

The same could not be said for the big businesses that routinely sought to exploit vital natural resources illegally, without the free, prior and informed consent of the affected communities, in violation of international treaties. In many cases the fences simply go up and the machinery arrives, potentially destroying the community’s source of food, water, medicine and spiritual support. Whole areas become militarised. State and private security forces merge into one, using counterinsurgency tactics learned over many years of operations in Central America. Sweeteners bring some locals on board and establish a network of informers, tearing communities apart.

Desarrollos Energéticos SA (DESA), in collaboration with Chinese state-owned Sinohydro, was the company behind the Agua Zarca dam. They had powerful backers and military support, so the local community turned to Berta and COPINH for help. Berta warned them that protest would be a dangerous undertaking, but together they decided to resist, systematically organising road blocks while maintaining a peaceful presence.

Threats against Berta, COPINH and the community were so commonplace they were regarded as normal. These threats were accompanied by intimidation, attempts at criminalisation, attacks and eventually murder. Berta had become very high profile. Just a matter of weeks before her death she was awarded the prestigious Goldman Environmental Prize. She’d met the Pope! Usually such a profile would afford a degree of protection, which is one of the reasons why her murder produced such shock waves, prompting Lakhani’s comment: “If they can kill Berta Cáceres, they can kill anyone”.

Given the impunity that reigns in Honduras it’s perhaps a surprise that seven people are currently imprisoned, having been found guilty of Berta’s murder. But the trial itself left many questions unanswered, failing to look in detail at the events surrounding the crime. The intellectual authors of the crime have not been brought to justice. One man, DESA’s Company President David Castillo, is still awaiting trial, but so many more questions need resolving.

So the fight for justice continues. Sinohydro has pulled out and some foreign investors have removed their backing, but the Agua Zarca licence is still valid. Despite international condemnation of Berta’s killing, the threats, intimidation and murders have continued. Many more land and environmental defenders have been murdered in Honduras since March 2016. Berta’s is by no means an isolated case. Indeed Berta’s colleague Nelson García was killed just 12 days after her murder, increasing the terror within the community. The threat of assassination is very real for anyone still brave enough to stand up to the megaprojects and protect the environment, indigenous communities and environmental defenders.

Who Killed Berta Cáceres? by Nina Lakhani is published by Verso and available to buy on Hive (UK) and Bookshop (USA).