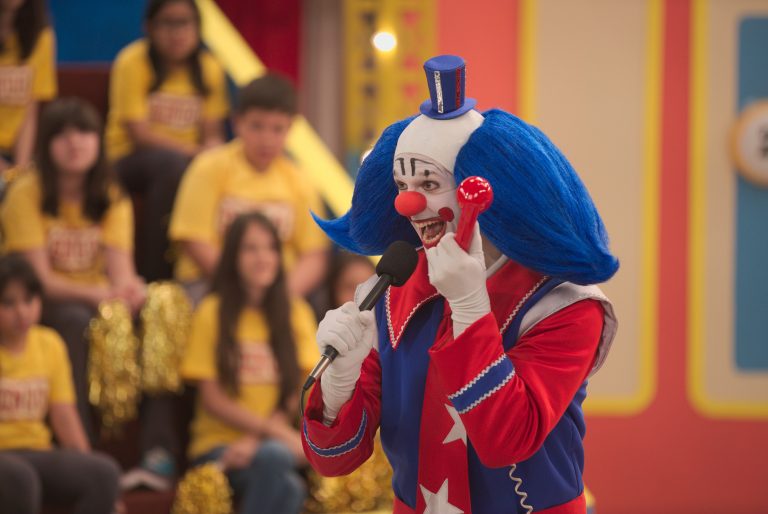 From 15th December Bingo: King Of The Mornings, Brazil’s Oscar and BAFTA nomination, will be screening in UK cinemas. The film tells the story of Augusto (played by Vladimir Brichta), a struggling actor who lands his perfect role as “Bingo”, a clown who hosts an increasingly-popular television show. The only catch is that he can’t reveal his true identity, meaning that his fame as Bingo is not known to anyone, including his own son.

The film is based on a true story and directed by Daniel Rezende, who has previously worked as an editor on films including City of God, Elite Squad and The Tree of Life. Trying to describe the film, Rezende had this to say: “It is not easy to define ‘Bingo’ by picking out only one matter. Essentially it is about a personal search for recognition, about a man’s quest to find his place in the spotlight that ends up hidden behind a mask. There’s something very contemporary in this topic, we all want to be recognised by our parents, by our sons, our friends. But it is also a film about the relationship between father and son. The protagonist is in such a crazy hunt to be recognised as an artist that he ends up distancing himself from his son. He is on TV, making a lot of children laugh every day, but not his own.”

Bingo: King Of The Mornings will be in UK cinemas from 15th December