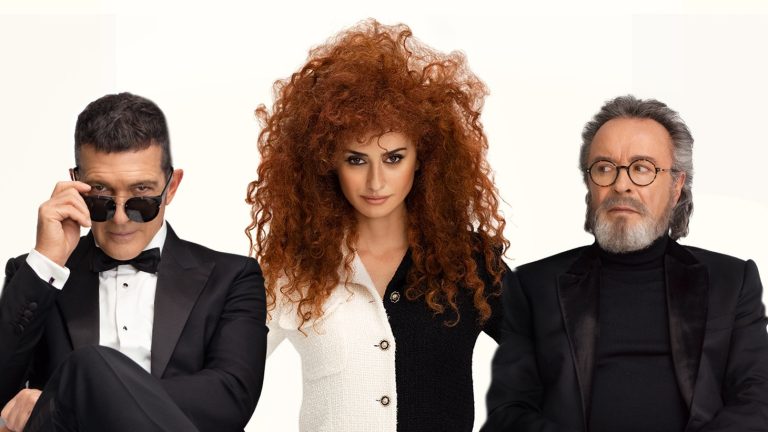 After the acclaimed The Distinguished Citizen, Argentine directing duo Gastón Duprat and Mariano Cohn return with the film Official Competition. A priori, the main attraction of this film is the impressive cast of actors in the leading roles: Antonio Banderas, Oscar Martinez and Penelope Cruz.

Humberto Suarez is an octogenarian multimillionaire owner of a pharmaceutical company who, in the twilight of his life, is rethinking his contribution to society. For this reason, he decides to finance a film, and for this he chooses fashion director Lola Cuevas (Penélope Cruz). Cuevas decides to make a free adaptation of the novel Rivalry and picks two actors with very different characteristics for the leading roles. While Iván Torres (Oscar Martínez) is a prestigious master actor, Félix Rivero (Antonio Banderas) is a popular, wealthy and capricious one. Cuevas’ idea is that the antagonism between their personalities can be useful for the rivalry she wants to capture in her film. Indeed, the actors have no chemistry with each other, and the film develops from the display of the egos of them both and the unorthodox acting exercises to which the eccentric Cuevas subjects them.

The great strength of this film is the presence of very experienced actors who have good timing for comedy. In fact, the film has a number of wacky episodes that make the viewer laugh. The aesthetics of the film are also very successful. However, the script is not as solid as that of The Distinguished Citizen and at times the story is too fragmented and does not flow naturally, making it a bit difficult to understand the continuity between one frame and the next. Among the colourful notes of this film are the references to The Distinguished Citizen: the author of the book Rivalry – which serves as inspiration for Cuevas’ film- is none other than Daniel Mantovani. Likewise, the story narrated in this book is the same story that Mantovani himself tells the taxi driver when they are stranded in the car on their way to the writer’s hometown.

Although it is not a rounded film, it does satisfy the viewer, especially in relation to the performances. In the same way, some comedy scenes manage to raise a smile and even a laugh, even if we miss the genius of The Distinguished Citizen. Undoubtedly, Cohn and Duprat had set the bar very high.

Official Competition is on release in UK cinemas and can also be streamed on Curzon Home.