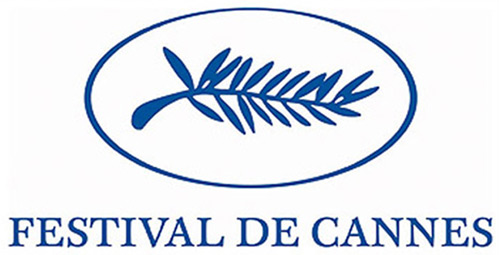 Why is Latin American Cinema so Under-represented at Cannes?

The representation of Latin American cinema at the Cannes Film Festival has, since the festival’s inception in 1939, been about as visible as a contact lens in the bath. In spite of the strong cinematic heritage of Brazil and Cuba in the mid- to late-twentieth century, and more latterly the film industries of Peru, Chile and Argentina, Cannes and the other big players on the international festival circuit have tended to look to their European heartland, the United States, or eastwards across Asia when it comes to defining their content and giving out the gongs.

In the entire history of the festival, the only Latin American winners of the highest honour, the Palme d’Or, were way back when. The Mexican director Emilio Fernández’s film Portrait of Maria was the first in 1946 but this award was shared with ten other films at the first festival after the Second World War. In 1961, a joint Mexican-Spanish production, Viridiana, directed by the great Spanish director Luis Buñuel, took the prize, and Latin American filmmaking seemed to be on something of a roll a year later when the Brazilian film Keeper of Promises shared the Palme d’Or with Belgium’s Eternity Invades Darkness. And that’s it until today.

In the festival’s other main categories, the Grand Prix and the Jury Prize, Latin American cinema has barely had a sniff, with the Mexican film Silent Night, from director Carlos Reygadas, the only winner in either, sharing the Jury Prize with the French animation Persepolis in 2007. It is a pitiful haul considering the region’s cinematic prestige, yet it is an anomaly that says far more about the elite selectiveness of European film festivals than Latin American filmmaking.

The Cannes festival even acknowledged the paucity of Latin content when General Delegate Thierry Frémaux said, “Maybe this year the Latin American presence is less strong, but since a decade ago the region’s cinema has had a good presence.” It doesn’t really sound like much of a reason for opting to largely bypass the region, but one can imagine it has much to do with publicity, sponsorship and markets. International promoters converge on the festival circuit to snap up the rights to potential hits, and European or US productions featuring big names smack of profit much more than unknown entities from far-flung parts of the world. But while Cannes might be the world’s most glamorous film festival, in no way is it a barometer of global filmmaking.

So, bearing in mind the paucity of past acknowledgement towards the region, can there be any realistic expectation that things will change this year? A quick look at the main competition suggests that the answer is no. Latin America’s only representative comes in the form of a joint Mexican-German-Dutch-French film called Heli, from Mexican director Amat Escalante and featuring a largely Mexican cast. The film tells the tale of a twelve year old girl who falls for a young policeman and their plan to elope together. Escalante’s previous film Sangre (Blood) marked him as a cinematic craftsman of tense dramatic force, but in the face of competition from the usual Cannes suspects (France, Italy, the US, Japan) Heli has to be considered a rank outsider.

While it is highly unlikely that Latin America will be swanning off with the Palme d’Or for the first time in over fifty years, there are nonetheless some other films on show that at least suggest this won’t be entirely void of interest for regional film enthusiasts. In the Un Certain Regard category, Argentinean director Lucia Puenzo’s drama Wakolda follows a middle-class family across majestic Patagonian backdrops as they welcome a seemingly charming stranger into their holiday home, unaware of the man’s true calling.  The film is draped in the tones of an old-fashioned thriller, nicely encapsulated in actor Alex Brendemuhl’s cold eyes and roguish moustache – a clear indicator of villainous intent.

In the same category, the only other film of Latin American relevance comes from Spanish director Diego Quemada-Diez. La Jaula de Oro (The Golden Cage) treads similar ground to 2009’s Sin Nombre, as three fifteen year olds on a perilous journey from Guatemala travel through Mexico in an attempt to reach the ‘promised land’ of the United States. On their way they encounter a Tzotzil Indian and together they confront the bitter circumstances encountered by so many itinerant dispossessed.

Although not officially administered by the Cannes Festival, the Directors Fortnight is widely associated with the festival and it is here that, perhaps due to its independence from the main festival body, a larger Latin American influence can be found. This is largely thanks to a trio of Chilean films which, following on from this year’s Oscar nomination for the Pinochet-era drama No, once again highlights the strength of the country’s film industry. As if that wasn’t enough, there is also a documentary about the ultimately-failed dream of one of Chile’s most visionary filmmakers.

For fans of avant-garde surrealism, the most exciting news is the screening of the first film in two decades from 84 year old director-author-musician-philosopher Alejandro Jodorowsky, whose autobiographical story La Danza de La Realidad (The Dance of Reality) traces his childhood in northern Chile. It will be complemented by Jodorowsky’s Dune, which recalls the director’s aborted attempts to film Frank Herbert’s epic science-fiction novel with Salvador Dalí and Orson Welles in main roles and a soundtrack from Pink Floyd. In terms of artistic impact there can be no faulting the scale of Jodorowsky’s ambition, but things finally collapsed when the script clocked in at fourteen hours. Needless to say the whole project was scrapped, although the film was of course released in 1984, this time directed by David Lynch.

Also representing Chile is Sebastian Silva’s Magic Magic, about two young North Americans on a druggy trip through the country. Quite possibly inspired by the works of Jodorowsky, Magic Magic went down very well at previous festival appearances and, as is common among Chilean filmmakers, makes exceptional cinematic use of the country’s beautiful landscapes. The final Chilean film on show comes from Marcela Said, whose previous includes the compelling dictatorship-themed documentaries I Love Pinochet and El Mocito. Her latest film, El Verano de Los Peces Voladores (The Summer of The Flying Fish), takes her into dramatic territory with a family on holiday in the south, and an eccentric father who thinks nothing of dynamiting fish instead of, well, fishing for them. The tense political situation that exists in the region provides the backdrop to this family getaway.

The Critics Week is the other big non-official-but-seen-that-way-anyway event at Cannes and this feautures Agustín Toscano and Ezequiel Radusky’s Los Dueños competing to be top dog alongside six other films. It looks at the relationships and attitudes of a group of low-level employees when nobody is around watching over them.

A small but tasty selection of films on show that may be brimming with promise, but it remains a shame that a greater number of Latin American directors, writers and actors are not receiving more kudos on the big stage at the prominent film festivals. The film circuit across the Spanish-speaking world and a number of independent film festivals, such as those devoted to Latin American cinema in London, Ottawa and Canberra, are certainly boosting the region’s global profile, and Latin film is attracting ever larger and more diverse audiences. It’s about time that the cream of the festival crop, whether it be Cannes, Venice, Berlin or wherever, reflected that.