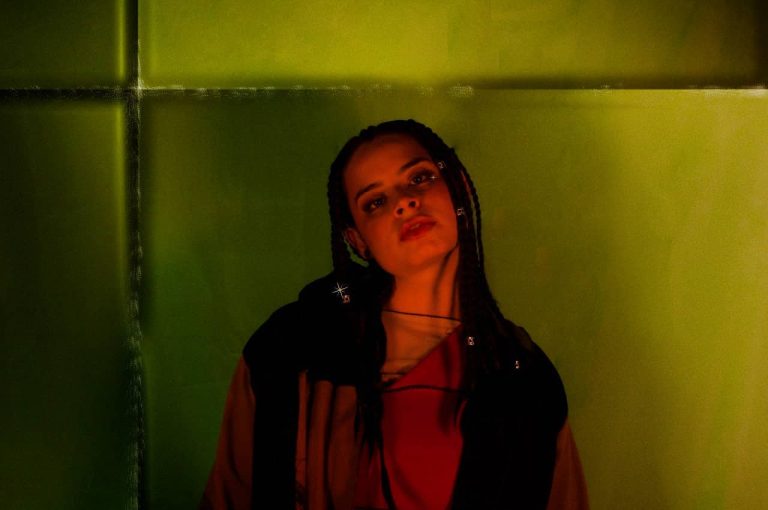 Animaleja Is Proving That Medellín Is Much More Than Just Reggaeton

From Medellín, Colombia comes Alejandra Cárdenas’s latest project, Animaleja. Released in late 2021 Enraizada (Rooted) is an EP that collects together two previous singles and two brand new tracks. Recorded in Cárdenas’ own home studio, the release comes in stark contrast to the more commercial reggaeton that is currently putting Medellín on the global stage. Enraizada mixes electronic folkloric with trance-like themes throughout, and Cárdenas discusses the importance of the mantra-inspired element in her music and the wish for listeners to ‘become entranced’ while listening to Enraizada:

“The music that I compose is, first, catharsis for me. I would like people to experience my music similarly to a trance or a mantra. You listen to the electronic loop and you experience something like a ritual. Music that you can become entranced by but that can also make you dance, have fun and bring you to a parallel world.”

Using ancestral influences, Animaleja displays her knowledge and passion for traditional Colombian rhythms through the use of percussion instruments such as tambora drums. Utilised alongside a typical synthesized mix of electronic beats firmly places Animaleja’s music between the traditional and the modern, nature and city.

Enraizada is an emotional tribute to Alejandra Cárdenas’ feelings of yearning for her ‘roots,’ for nature, while also feeling tied to Medellín and the urban environment:

“It was released last year. It is a collection of songs about the feelings and thoughts I had in my head for the music that I wanted to create. I’m a person from the barrio, from the street, the city, but always I have a longing to be at peace on my terrace, in the mountains that are not too far outside of the city. And the whole theme of Enraizada focuses on this. The theme of being rooted in your place in which you are, but also longings and feelings for other places too.”

Cárdenas discussed in depth the musical influences that she has had since a young age and the effect that these have had on her own music-making. Growing up in her barrio, Cristo Rey in Medellín, she was exposed her to various styles including hip-hop, salsa, and even classical music. She believes that música de la calle (street music) has had a profound impact on her work:

“The electronic music parties (in the barrio) that I always have enjoyed so much, is where I started to know DJs and friends that I could learn from. All of these influences, I have assimilated into my work and process.”

Although reggaeton and other urban styles have obviously had an impact? Animaleja is part of the small crowd? Trying to expand Medellín’s music recognition beyond these confines:

“I enjoy reggaeton, and Medellín is known for it, but I believe there are many more possibilities for all kinds of music. I think, at this moment, Medellín is beginning to focus more on these other forms of music… There are many things on offer at the moment that are slowly coming out… These artists may not be well known but they are a part of an urban movement that is very important in Medellín… I hope in the future that Medellín won’t only be focused on reggaeton but on these other alternative forms of music too.”