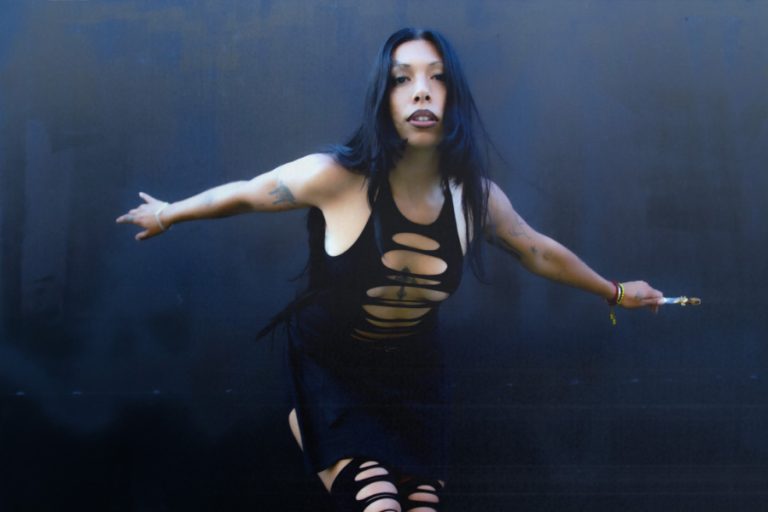 Emerging Los Angeles based self-taught producer, singer-songwriter, and DJ Mia Carucci is making waves in the electronic experimental scene with her latest bilingual release, “Dreams”, from her upcoming EP As Above So Below, due on October 20 via Last Gang.

“Dreams” was released with a haunting animated music video that features Carucci’s hypnotizing vocals in both English and Spanish while following a fairy-like character version of herself navigating a realm of consciousness. “In this EP, every song unlocks a different realm – seven doors of perception in which every door brings you to a different dream or version of my reality. In ‘Dreams’, I am the sorceress, high priestess, creator of my own fantastical world,” says Carucci in a press release. The 3D animated visual is by Peruvian artist N3T4, Yannet Vilela.

Having toured as the main DJ for artists such as Kali Uchis, Jorja Smith, and Earl Sweatshirt in 2018 and 2019, and spun for popular Boiler Room sets in Los Angeles, she is distinguishing herself as an experimental producer with Afro-Indigenous and Caribbean sounds pushing the barriers of the typical disco sound. Carucci’s mother is Puerto Rican (Taino and African) from the Bronx and her father is from Argentina, but she was raised in Miami, and has always been influenced by the blend of flavorful hip-hop and Latin disco that surrounded her growing up. You can hear hints of that through her lyrics, as well as in her first diasporic single “Pomba Gira” (featured in our “On Our Radar” series). “Pomba Gira” is yet another captivating, easy-going, and soothing musical taste of what’s to come.

With her upcoming EP, Carucci hopes to “push the boundaries of experimental music by creating a body of work that is possessed by her own experience with deep inspiration from the spiritual world.” Stay tuned with this exciting and innovating artist and producer – we definitely will be on the look out!