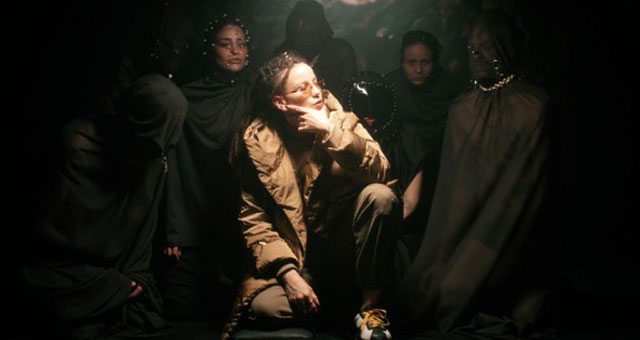 Mexico’s Niña Dioz has a new video for the trap orchestra (two words we never thought we’d see together!) version of her track “Magdalena.”

“The idea arose from this fantasy of wanting to involve elements of classical music with something modern like hip-hop, and particularly, trap,” she says.

The video, which has beautiful, queer, and inclusive imagery, is directed by Black Buffalo Films.

Dioz released her album, Reyna (Queen), earlier this year to much love from outlets, such as NPR, The Fader, and KEXP, among others. She was also featured as one of Billboard’s “Latin Artist on the Rise!”

Her first single from the album, “Tambalea,” was inspired by different events she witnessed growing up queer in Mexico and was her first track ever to hit one million streams on Spotify.