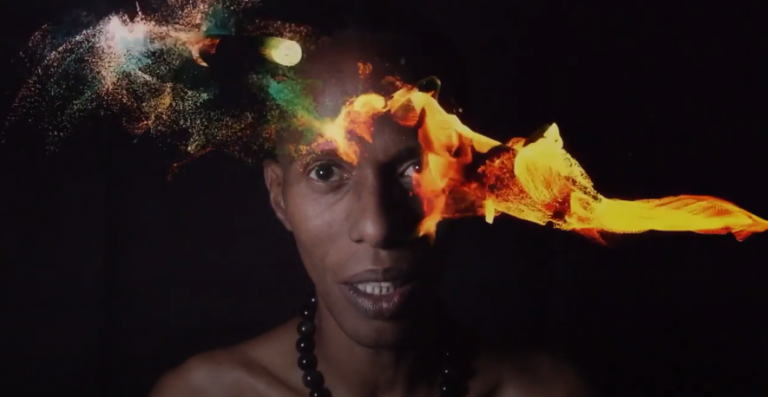 Coreysan‘s upcoming project Deeper Than Skin is progeny of his cultural past and present. On the seven-track album, the Trinidad-born, Bristol-based musician finds his groove between the bass-driven rhythms and conversational story-telling of Caribbean dub and calypso, and the brooding trip-hop of its West-Country inventors. The bassist and backing vocalist for the LGBTQ-championing, sexism- and racism-bashing queen of calypso, Calypso Rose, has been a prolific collaborator. Most recently he has worked with afrobeat outfit Matuki, and featured on Brighton-based electronic producer Ink Project’s “Feeding The Fire”.

And, it is with his eclectic experience that he arrives at his “electronic Caribbean hybrid music” – a dubbed-out amalgam of Caribbean, Indian, Middle Eastern, West African and Colombian music, channelled through European electronics. We’re pleased to have him drop in for this week’s Under The Influence – and, better still, Deeper Than Skin cut “The Seed” is premièring now.

This is the title-track from my first album by The Cure. I instantly fell in love with the songwriting and musicality of this masterpiece. So emotional and passionate. Dark and powerful. I really admire Robert Smith’s ability to bare it all as a vocalist.

Jah Wobble and The Invaders of the Heart – Rising Above Bedlam

This album was a big turning point for me. The bass-laden world and electronic fusion of this album played a major part in my musical direction today – especially the fact that it was all pioneered by a bassist with a rootsy, earthy sound.

Sade’s beautiful voice and the whole smokey and sultry atmosphere of this album has left a permanent mark on my musical life. But it was the sensual bass lines with the sweetest choice of notes that hit me the most. It has the whole ‘less is more’ feeling.

This fusion of the live and electronic instrumentation absolutely blew me away. Also hearing Horace Andy’s voice combined with something other than reggae encouraged me to do the same. To fuse my Trinidadian voice with music outside of the Caribbean

I love the unbridled poetic and musical expression of this album. I love how Lhasa embraced her Mexican heritage while mixing it with various styles of world and folk music. The fact that she also sang in different languages was mind blowing. Her presence and delivery as a storyteller was utterly entrancing.

This is one of my favourite reggae albums. The musicianship and the vocal execution is out of this world. The bass playing is so hypnotic and danceable. Simple yet rich. I drew a lot of inspiration from this approach.

This 2-song album – especially “Lypso Illusion” – definitely planted the seeds of fusing Trinidadian music with the world for me. It makes me feel a sense of comfort and motivation knowing that this mixing of genres was and still is a natural instinct in my homeland.

This blend of indigenous, shamanic and cumbia music with electronic sounds and thick droning bass opened my eyes to channel even more of my roots into my music and to explore more mysterious and enchanting electronic textures.