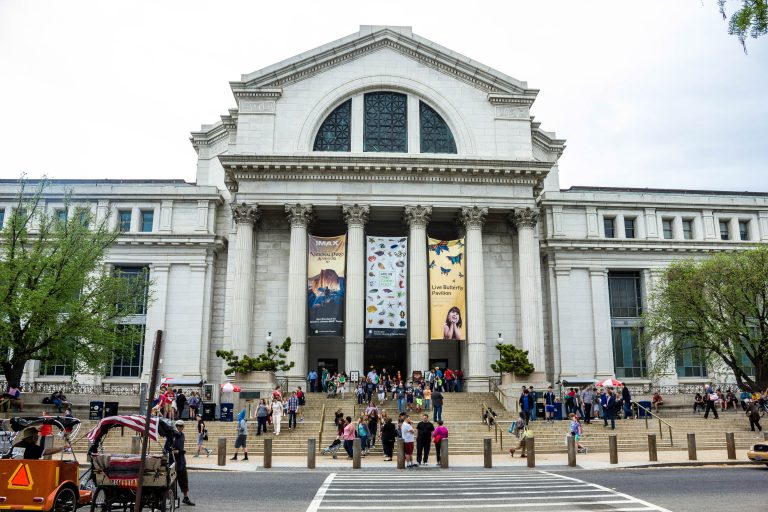 Humans across the world have discovered just what’s possible online. From pyjama conference calls with our colleagues to video chat parties, and even online dance, movement and fitness classes, so many areas of our lives have gone virtual.

Also, a number of museums and cultural institutions across the Americas (and all over the world, for that matter) have embraced the virtual trend and opened up their exhibits to the World Wide Web. Yes, museums as renowned as the Museum of Art in São Paulo and the Guggenheim are now accessible online, so you can get your culture fix without having to leave your bed.

Here’s a rundown of the best online exhibits currently available.

São Paulo’s Museu de Arte has launched a virtual gallery platform with a pretty vast collection of paintings spanning from the 14th to the 20th century. As anyone who’s ever visited the building knows, all of the paintings exhibited appear to be “suspended” in mid air thanks to the museum’s unique crystal easels, and the same effect has been achieved online. It’s even possible to view a retrospective from Tersinha Soares, although this will only be accessible for a limited time.

Frank Lloyd Wright’s Guggenheim in New York is an iconic building, but even if you can’t get to the Big Apple you can still enjoy some of its timeless and priceless exhibits. A number of its current collections are available to view online now, including iconic works from the likes of Pablo Picasso, Piet Mondrian, and Jeff Koons.

The National Museum of Natural History in D.C is one of the most visited and most famous museums in the world, so it shouldn’t come as a surprise to learn that it offers a pretty comprehensive online virtual tour. Covering the entire grounds of the museum, the tour begins at the rotunda followed by 360 degree walking tour views of its major exhibits like the Insect Zoo, Dinosaurs and Hall of Paleobiology, and the Hall of Mammals.

The Met is another mainstay of American art and culture, housing over 2 million works of fine art. Now up on the museum’s website is an online collection of impressive works from Jackson Pollock and Vincent van Gogh, as well as 360 degree virtual tours of some of its exhibits.

The Getty Museum is renowned for being one of the best homes for art on the West Coast with a collection spanning 6,000 years. It’s virtual tour covers everything from the precious neolithic clay figures on regular display to world-class artwork from Van Gogh and Renoir.

It’s also possible to use Google Arts and Culture’s museum view in the Getty to check out the museum’s gallery spaces, and Xplorit features the sculpture plaza and garden terrace on its viewing platform.

Not just the destination at the top of every poker player’s wishlist, Las Vegas is also a diverse city rich in quintessential American history. Its colorful past is perfectly captured in The Mob Museum’s (National Museum of Organized Crime and Law Enforcement) brand new virtual microsite, which takes visitors on a journey through Prohibition-Era America. There’s even a game set in the 20s, complete with a jazz soundtrack, bootleggers and mob bosses.