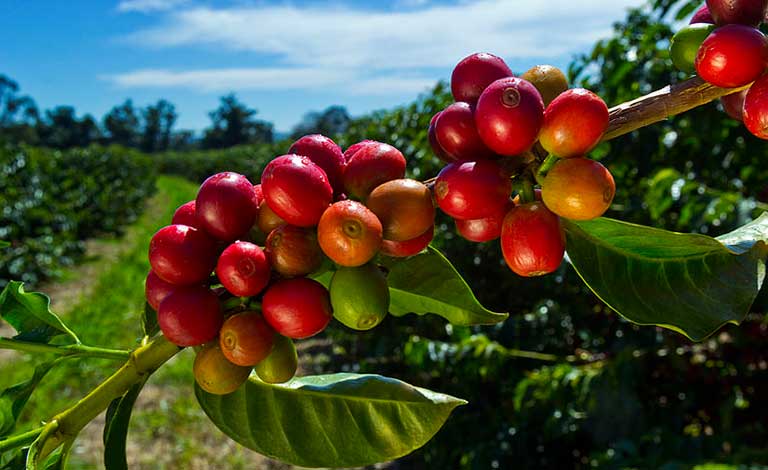 Coffee is an essential beverage in most homesteads which is due to its numerous benefits. Latin America is the leading coffee producer in the world because of its ideal coffee-growing environment.

Due to a mix of tall mountains and humid rainforests, the continent boasts of the best climatic conditions for growing coffee beans.

Coffee has been cultivated on large estates and on smallholdings, which has played a significant role in uplifting many people’s livelihood within the region as it is the biggest export.

The history of coffee dates back to the 15th century, with its origin in Africa. It then made its way around the world. Latin American coffee history began as early as the 18th century where it was first introduced in the Caribbean.

By the mid-19th century, Brazil became the most significant single producer of coffee. Early coffee farmers cleared and burned tropical forests to make way for coffee farms, which increased production due to the accumulated humus over centuries.

Due to a lack of scientific information, farmers abandoned their farms once the soil was no longer fertile enough. However, in the mid-20th century, scientific innovations had grown because of the widespread coffee farming and brought about renovations in the decreasing soil fertility, increased soil erosion, and pests and diseases.

Also, in the 1970s, national and international organizations increased production by using chemical fertilizers and pesticides. This brought about large gains in productivity on the coffee farms, leading to an economic and environmental vulnerability.

The global coffee market became volatile after the end of the International Coffee Agreement in 1989, with newer coffee fronts opening up in Latin America while coffee production in other parts of the world was dropping.

Latin American coffee history shows that the region was and is still the largest coffee producer globally, with Colombia and Brazil being the most significant contributors. The regions produce both Arabica and Robusta beans.

Coffee specialist, Jasika Ani, from coffeeze.com has shown that its taste differs with altitude, climate, soil type, and harvesting method. Although the taste may vary during the production stage, the area of origin is a major determiner of its flavor.

Colombia has the second position in coffee production in Latin America. Its coffee production differs from that of Brazil due to the high altitude coffee estates. This coffee has medium acidity with a rich caramel-like sweet taste. Columbia coffee is the best choice for those who prefer sweet coffee. See The Coffee Folk for a guide to the best Colombian coffee.

Venezuela was once a major coffee producer rivaling Columbia in terms of production, but this changed due to an increase in petroleum production. Nonetheless, the region produces coffee with delicate and mild aromas that are low in acidity. Venezuela coffee is gentle to the taste and best for strait espresso

Peru has been an underdog in the coffee market, mostly because of political strife. Coffee produced in-country has a mild acidity and a very light body with a hint of vanilla-nut sweetness, which is unique. Since the coffee is exceptional, it makes it difficult to get and is mostly limited to the area it is grown.

Coffee produced in Ecuador is consumed within the country and usually has a thin to medium body with sharp acidity. Conditions here are perfect, and the coffee is grown on some of the highest rising slopes worldwide. However, Ecuador is yet to

crack the primo markets; hence most of its low-grade coffee is used for blending.

The collapse of the International Coffee Agreement in 1989, followed by neoliberal reforms, had a widespread catastrophic economic and environmental consequence in Latin America’s industry. Coffee farming in Latin America was shaped by a series of regional and global trade agreements that aimed to lessen some of the worst impacts of the boom and bust cycles experienced in the 20th century.

Latin America produces two main types of coffee beans, which are Arabica and Robusta. Arabica beans thrive in warm and humid climates with an altitude of 1200 to 1800m. Arabica coffee has a wonderful flavored and aromatic taste.

Robusta beans are resilient to climatic changes, and it grows best at sea level and up to 757m high. Robusta is best for making instant coffee. Despite the continent being of a higher altitude, Arabica beans are the most grown coffee type in the region. Arabica accounts for roughly 60% of coffee in the world, while Robusta accounts for the rest.

Most of the coffee consumed in the world is produced within Latin America. The region has a burst of moderate sunshine and rain, which is ideal for coffee growing. Since its introduction, coffee has been profitably harvested from large and smaller farms. When it comes to preference, people tend to focus on the roast profiles and flavor notes.