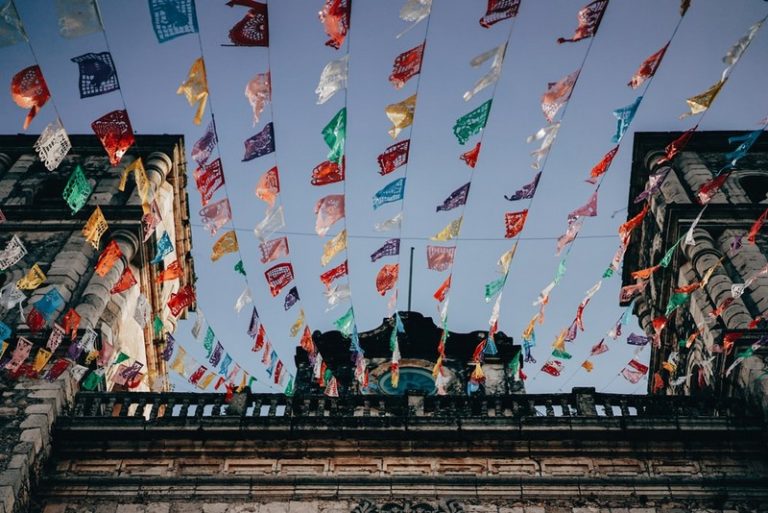 Latin Cultural Festivals You Should Visit For Writing School Research

The culture of Latin America is world-renowned for its vibrant and exciting festivals. The Latin American continent is huge, and encompasses a huge variety of peoples and cultures that all offer their own unique forms of celebration. Being such a diverse and exciting place, it’s no surprise that many students interested in culture turn the focus of their student research into writing about the region.

When it comes to exploring another society through research, cultural festivals, and community celebrations are a great starting point for exploring heritage and values. The sheer breadth and scope of cultures home to Latin America can leave the choice of topic a bit of an overwhelming task! Students can consult culture essay examples for ideas on how to approach various topics for essays on culture. With that in mind, we put together a list of 4 of the Latin American cultural festivals you should hear about, and perhaps use as inspiration for your schoolwork!

For those asking themselves what is the most popular festival in Latin America, Dia de los Muertos is a strong contender! The famous Mexican festival takes place in November and is a two-day celebration of death. The first day, All Saint’s Day, is a commemoration for the death of saints and those who died during childhood. The following day, known as All Souls Day, is a celebration for all those who died during their adulthood.

The festival is known for its colourful displays, candy skulls made from sugar, and a traditional “pan de los muertos” (bread of the dead) that gets eaten around this time. Mexicans spend the festival taking candles, music, and food to the graves of their loved ones, and having a lively party! Dia de los Muertos holds a large place in the cultural identity of Mexico and makes a great topic for students looking to write an essay on Latin American events.

Inti Raymi is a traditional festival of the Incan Empire and has been an important cultural event in Latin America since before the arrival of European colonists to the continent. The festival takes place in honour of Inti, the Incan sun god, and most venerated of all the Incan gods. Inti Raymi is celebrated on the southern hemisphere’s winter solstice, the shortest day of the year, which falls on June 24th. Inti Raymi is also the celebration that marks the Incan New Year.

The festival was performed in the 15th century, but once Spanish colonists arrived in Peru, their Catholic priests forbade it, and many other indigenous religious ceremonies, for hundreds of years. However, the festival thankfully experienced a resurgence in the 20th century, and since 1944 the traditional festival has been celebrated by an annual theatrical reconstruction of the Incan celebration practices.

Famous for being one of the most vibrant and energetic celebrations on the planet, and often called the best party in the world, the Brazilian Carnival is one Latin American culture festival that fun-loving enthusiasts can’t stand to miss. Carnival is a feast that lasts two weeks and coincides with the beginning of the 40-day period of Catholic Lent. However, the festival has since drifted from its religious origins and primarily become a giant party notable for its parades of sequined and feathered dancers. The Brazilian Carnival is such a well-known fiesta that every year hundreds of thousands of party-goers from around the world make the pilgrimage to Rio.

This Costa Rican festival takes place in December and marks the end of the old year and the beginning of the new one. During the Festival de la Luz, the Costa Rican capital San Jose plays host to a show of festivity that features thousands of fireworks and dancers all putting a dazzling choreographed show. The city decorates its trees and walkways with beautiful lights, creating one of the most visually stunning cultural festivals in all of Latin America.

These are just 4 of the most exciting examples of the myriad Latin American festivals that you can use as part of your research for your education and exploration of the world’s cultures. What’s more, any of these make a great destination for a trip to celebrate after you graduate from your studies!

In true Latin American style, the festivals are for sharing. Celebrating the various days always includes family and friends. Even if the event has a macabre theme, there will be festival-goers that drink, eat, sing and dance into the early hours of the morning.

It may not be like a writing school student to hang around these parties, but staying for research will be well worth it. Observing all the festival celebrations in full swing and seeing everyone mingle and enjoy themselves is part of the deal.

To write a complete story, you may need to schedule a celebration of your own. Rooftop bar hire seems to be a popular choice during these festivals, and it would be for research purposes, right? After all, the more you experience it for yourself, the better your knowledge about these festivals.

Many venues would offer to recreate the finer nuances of the festival. You may even have some visitors attracted to the culture with some knowledge and background that you could interview.

Meet new people, learn some unique customs, and roll these first-hand experiences into one great story to write about for others to appreciate too. There may be even more to these festivals that the run-of-the-mill celebrations don’t reveal.

One of the first lessons for writers is that content should always be unique. Even though you may celebrate with others, no one will have the same experience as you. Take advantage of the situation and get the inside scoop to paint the picture in vivid colours that no other writer would use.

Writing is like a festival, combining various vivid three-dimensional elements to observe. Include what you hear, see, smell, taste, and touch around you to write the most lavish recount of the events anyone has ever read.

These are just 4 of the most exciting examples of the myriad Latin American festivals that you can use as part of your research for your education and exploration of the world’s cultures.

What’s more, any of these make a great destination for a trip to celebrate after you graduate from your studies!