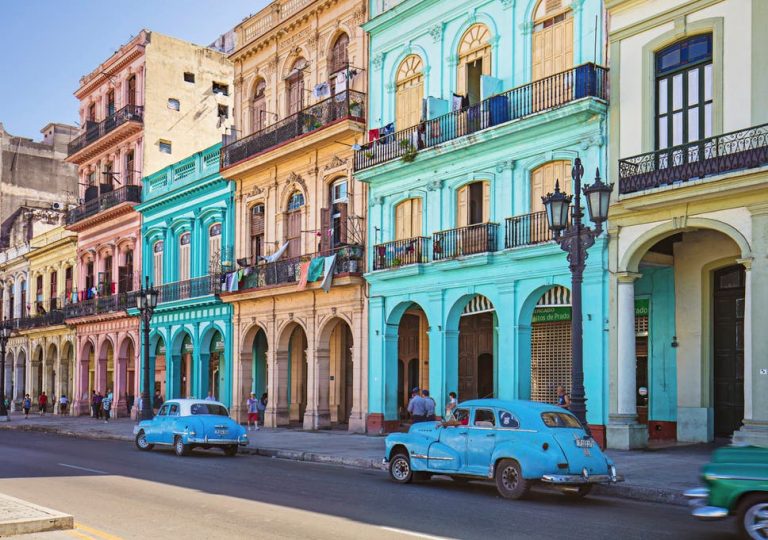 Most Colourful Sights in Cuba

Cuba is one of the largest islands of the Caribbean, sitting just 160km off the coast of Florida, USA, but still an enigma and land of mystery even for the most seasoned traveler.

Having staved off commercial tourism for many years, the country has gradually opened up to tourists, who find the old classic automobiles and pastoral country living style of the locals very unique. So if you are a lover of places frozen with time and blessed with phenomenal beauty, then these top sights in Cuba are right down your alley.

Almost every trip to Cuba begins and ends in Havana. Luckily, for the visitor, the capital itself is on top of the list for many reasons and a premier tourist hub. Start at the Old Town, La Habana Vieja, and stroll past colorful monuments like El Capitolio and the 16th century Cathedral de San Cristobal. Be sure to carry all essentials as commodities in Cuba arent readily available. So make a list of things you need beforehand so you don’t feel stranded in a new land.

Havana is also known for its legendary nightlife not far from the Plaza de Armas, the social gathering place of the city. Spend the evening watching passerby and enjoying coastal views at the Malecon seawall. The carefree atmosphere makes this one of the leading attractions of Cuba.

It is easy to understand why the Vinales Valley was the favourite haunt of the late president Castro. The fertile plains against the backdrop of rocky karst cliffs presents a breathtaking sight to the onlooker. Cuba is known for its world famous cigars and incidentally this is where the finest tobacco is grown and the ever friendly locals will love to show you around.

Connected to the mainland by a number of beaches, Jardines del Rey is a series of idyllic islands and a UNESCO Biosphere Reserve. History has it that Hemingway sailed in these environs looking out for German submarines. One of the best beach here is Playa Pilar, a 21km of pristine white sand, lined with mangrove forests in the background. If you are coming from Havana, you can add some picturesque spots such as Trinidad, Cayo Coco, Camaguey and Santiago on the way.

The UNESCO listed heritage city is the colonial treasure of Cuba and can only be explored by foot or a horse drawn carriage to protect its valuable environment. Trinidad is also known for its neo-baroque architecture, narrow cobbled streets and colorful iconic buildings. Explore the main square of Plaza Mayor and the spectacular Museum of the War against the Bandits. In the evening, settle down to watch the sunset at Playa Ancon. Do not forget to enjoy the local salsa with a glass of fine canchanchara rum cocktail.

This was Cuba’s first capital founded by Diego Velazquez at the eastern tip of the island, but twenty years before that Christopher Columbus first landed here in 1492.The architectural marvels like Cathedral de Nuestra Señora de la Asunción depict the colonial history of the place vividly. For those looking for some outdoor adventure the El Yunque mountain and its dense rainforests are a great place to hike in.

Located Just 15km from Villa Pinares del Mayari and over 100m in height, Salta del Guayabo is said to be the highest of all the waterfalls in Cuba. There is a special vantage point overlooking the falls but it can only be accessed by a 1.2km hike from the base after crossing ponds and pools and guided through a tropical rainforest.

Whether you are into caving or not, a stroll through the dark caverns of Cuevas de Santo Tomas is an exhilarating experience. Exploring caves is usually associated with hard work and strenuous exercise but it is exactly the opposite in this case. The caves are accessed by a cruise on a river which flows through them and once inside you can observe the fantastic stalagmites and stalactites formations. The Park is situated in the Pinar del Rio Province and the whole trip can be completed in about two hours.