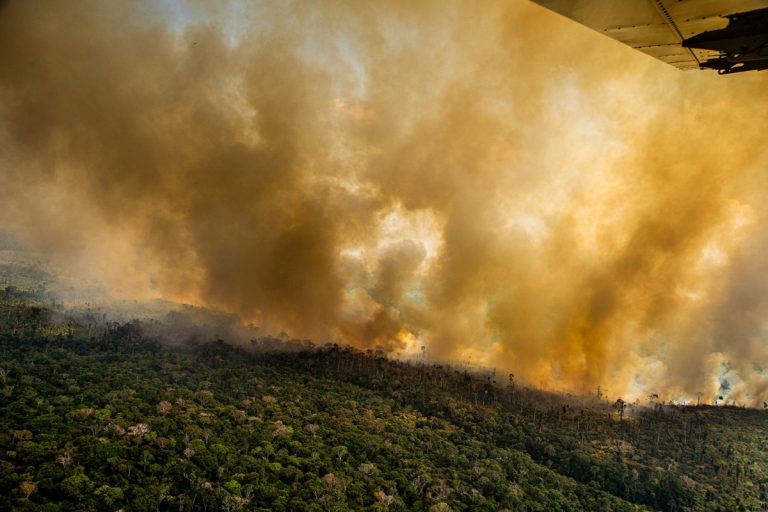 New Amazon Road Projects Could Spell Disaster for the Region

When it to comes to conservation of the world’s largest rainforest, recent news has rarely been good. The Amazon region, at one time considered the lungs of the world for its contribution to oxygen emission and role as a carbon sink, has recently switched to being an overall carbon source. The reason for this, as expected, is human activity as deforestation and the man-made forest fires used to clear land has continued unabated. Brazil’s President Jair Bolsonaro’s empty promises to protect the Amazon have ultimately gone nowhere and he is now expected to do more harm than good for the region. Generally speaking, things just seem to go from bad to worse.

In the interests of continuing this trend of pessimism, it might be worth turning attention to the various plans to develop roads across the massive and densely forested region. There is no doubt that that there is a great social and economic incentive to traversing the vast swathes of the Amazon basin, and the desire to do so is not in itself a bad thing. The economic prosperity of many of the region’s peoples and the economic integration of the South American continent in general could potentially be much aided by a more comprehensive road network than the one that currently exists. However, it would be something of an understatement to say that current plans for expanding the Amazon’s road systems (a collective endeavour that includes the five different countries) is being carried out in manner that is highly irresponsible and seems like to only add to the woes of this beleaguered region.

A recent study by a team of international researchers focussed its attention on 75 new road projects planned across the region over the next five years. Broadly speaking, the findings were damning. It has been concluded that these 75 projects (between them accounting for over 12,000 kilometres of new road) will likely necessitate rainforest clearing amounting to around 23,000 km2. For comparison, this is an area the size of Belize.

These road projects are collectively the most controversial and least sustainable of all that are currently underway in the Amazon Basin. They are currently planned between five Amazon Basin countries, namely Brazil, Bolivia, Colombia, Ecuador, and Peru. Of these five, Brazil has the potential to be the worst offender, something to be expected given that Brazil contains the most Amazon territory. The 24 new road projects planned for Brazil (which involves both the creation of new roads and the widening of existing ones) are expected to account for over half the expected deforestation. This adds up to a total of 3.5 million acres of deforestation, itself equating to 250 acres of deforestation per kilometre of road (a number which does not need to be this high). With Bolsonaro’s government showing no concern or willingness to even alter these plans, this is a fate that seems almost inescapable.

One of the effects of building more roads and widening existing ones is that they will inevitably attract more traffic. This is a particularly pertinent concern where Amazonian roads are being created not to increase access to certain areas for industry or logging, but to connect up major cities around the Amazon and on either side of it. Safer roads are also a benefit for all, as helpful for motorists as the best first aid kit in the car. The incentive here is obvious and such roads do have the potential to slash journey times. The effect on carbon emissions within the Amazon Basin, however, is depressingly familiar – more cars mean more CO2 emissions, and road projects that are set to facilitate this are making no efforts to offset this in any way.

It should certainly be noted that road building throughout the Amazon does not need to be at the expense of indigenous tribes, and can actually be beneficial to certain rural communities in the area. Connecting up isolated communities that have shown next to no economic growth in recent years (as well as those that could evidently benefit from the resources and opportunities which a nearby road can provide) certainly has the potential to be an ultimately benign project. Unfortunately, that is not the case here.

For the most isolated tribes, and for those that are not isolated but self-sufficient and successfully preserving their traditional ways of life, the new Amazon roads are bad news. Some areas, such as Purus in Peru, have long been only accessible by plane or boat, and have never had a road come near them. The development of new roads cutting through such regions cannot fail to disturb delicate ecosystems and human societies that have developed in these areas. These tribes are known as “uncontacted tribes” and represent those people living in voluntary isolation. This does not account for all indigenous peoples living in the Amazon Basin, but it is this particular subset (for whom interconnection with the wider world brings no benefit and whose right to isolation is actually protected under international law) who suffer from the encroachment of new roads upon their territory.

The Legal and Financial Dimension

The study looking into these road projects concluded that roughly 17% of them are actually in violation of conservation laws, in addition to those in violation of indigenous rights laws. That this is so only speaks to the level of corruption behind these projects and, more generally, the lawlessness that often typifies exploitative activities in remote Amazonian areas. To give local governments their due, criminal activity in the Amazon is exceptionally difficult to police, as the size and general remoteness of the area allows for large scale illegal logging and other criminal activities to go undetected. With road projects though, this is not the case.

And in a detail that has baffled lots of observers, many of these projects are not even profitable. In fact, with a combined estimated cost of $27 billion, over half of these proposed projects would generate financial losses. This raises questions about the incompetence, corruption and potential criminal activity that could be behind these new road projects – as well speaking to the need for tighter enforcement more generally.

There are better alternatives to this kind of reckless road building through such ecologically sensitive areas (and at a time when the situation has already deteriorated so badly). When it comes to road building, the solution is almost certainly the practice of offsetting the deforestation and new carbon emissions with preservation and replanting initiatives. A strategy that prioritises this approach, that gets on the right side of the law, and generally scales back its scope a little, could well be viable. The Amazon does not need to remain disconnected, and roads are items of basic infrastructure that have the potential to bring increased prosperity to millions. The dismal truth, however, is that they seem set to do nothing but make the situation worse.