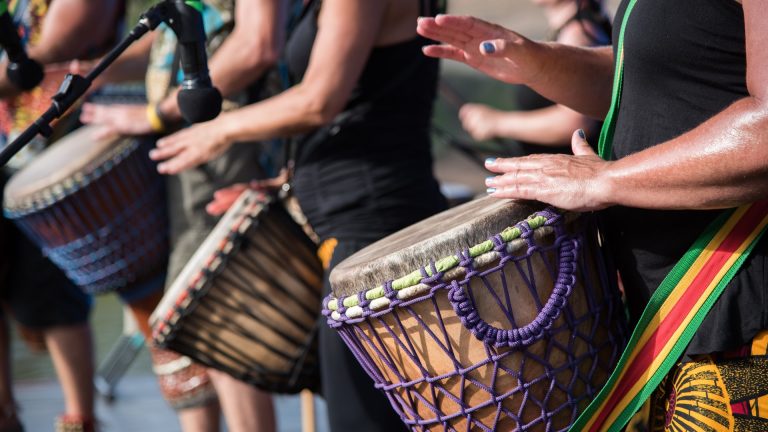 Popular Latin American Music Genres That Might Interest You

Music is a rich art, age-old and one that continues to expand upon its reaches. The world is continuously growing with melodies, rhythms, and tones that are all unique in their way of speaking to the heart. Music lovers will find that Latin American countries offer a variety of musical genres, many that might interest them in particular. Here are some popular Latin American music genres that could be of interest to those looking to expand their knowledge.

Salsa is a style of music that originated in the Caribbean and New York City. The name salsa comes from the Spanish word “sals” meaning sauce, and it is well-known for its use of percussion instruments such as timbales and congas, horns such as trumpets and saxophones, and lots of rhythms. It does not follow any particular time signature either. It can be fast or slow tempo depending on the mood or message it wishes to convey.

This type of music emerged when different cultures within Latin America began mixing. Popular artists include Tito Puente, Celia Cruz, Eddie Palmieri among many others who continue to add new melodies and styles to this genre today. Another good example of a song in the salsa genre is “Peanut Vendor.”

Bachata emerged from the Dominican Republic during the early 20th century out of African slaves’ work songs which later mixed with Spanish influences. It consists of a guitar, bass guitar, trumpet among other instruments that create a romantic flair along with harmonic vocals. Its melodies are slow or moderate tempo, with lyrics that speak about love or heartbreak associated with it.

A popular artist is Juan Luis Guerra who helped bring this genre to the world stage through his music group 440Hz among many others after him. If you were thinking about learning to play this romantic music, either to your loved one or for your entertainment, you can find sheet music online. Do your research and you will certainly find the best selections that will help you express your feelings.

Merengue is also a type of music and dance that originated in the Dominican Republic. Those who love dancing will find themselves at ease with this style of music. It sounds very festive, exciting, and lively. The beat lies on two eighth notes followed by one quarter note rhythm pattern. There are two main types: traditional and modern merengue.

Traditionally used to be found only in social gatherings or during carnivals, while modern emerged several decades later after being influenced by North American groups such as CNCO and others introduced new genres such as reggaeton which contain Spanish lyrics, hip-hop beats among other features which today, plays a role in the country’s modern culture.

Cumbia originated from Colombia and is very similar to salsa with its dance rhythms. However, it’s slower than salsa and has a more relaxed beat. It emerged as a popular Latin music genre during the 1950s when Latin America was influenced by Caribbean folk music such as mambo and rumba which later evolved into cumbia. Today, it is played throughout Mexico, Latin America, and even in some parts of the United States. Popular artists are Peru’s Fito Reinoso, Juaneco y Su Combo among others who contributed to its evolution into today’s playlists. The song “El Preso” by Fito Reinoso is one the best examples of a cumbia song.

This was created in Buenos Aires, Argentina, and is a dance that emerged during the beginning of the 20th century. It consists of mostly string instruments like violin, acoustic guitar among others usually associated with tango music. There are 2 types: traditional and modern which both have varied styles. For example, traditional tango has more of an elegant style with long songs while modern offers shorter tunes with faster beats. Some popular artists include Carlos Gardel, Astor Piazzolla who made this genre popular along with many others today.

Reggae emerged from Jamaica during the 1960s. It has a slow beat at about 50 beats per minute, which is about half of that found in pop music. The genre consists mostly of guitar, drums, bass among others with lyrics focused on morals and messages directed to society overall. A popular artist is Bob Marley who helped bring this very message-driven genre into today’s mainstream music along with many Jamaicans after him like Wayne Wonder, Protoje among others still influencing reggae music today. It is a genre you might want to take a look at if you are interested in slow-paced music with a very rhythmic bass.

Reggaeton is a musical blend of Latin American music genres such as reggae, hip hop, Jamaican dancehall among other features born out of Puerto Rico during the 1990s. It is a very fusion-friendly genre with many Latin American music artists who find it easy to add their flavoring to its beats and rhythms. Since it emerged from Puerto Rico, it has been associated with Afro-Latin Americans from there and is today one of the most popular genres in Latin America including Colombia, Panama, and Spain among others.

Popular artists include Daddy Yankee who helped revolutionize this musical genre into what we hear today while other artists such as Farruko, Maluma among others have contributed immensely towards its evolution even more so today.

Son emerged from Cuba during the 1800s taken from Spanish ballads. It has a very distinct rhythm which is done by drums, accompanied by maracas among other instruments creating a rhythmical melody with romantic lyrics. The song is typically sung by one person accompanying themselves on guitar along with another musician doing the same. Next, they would sing together in harmony with no chorus or refrain often repeating the entire piece until it ends.

Some popular artists are Compay Segundo who helped bring this genre to today’s music scene originally through Ibrahim Ferrer formerly of Buena Vista Social Club who was later followed by musicians like Juan de Marcos Gonzalez whose musical group Afro-Cuban All Stars contributes immensely towards Spain knowledge of Cuban music following their success with this Latin American genre and many others today.

It is obvious that there are many Latin American genres you might want to take a look at when planning your next musical adventure. Start with the genres mentioned above and you will have an enriching experience and enjoy the journey.