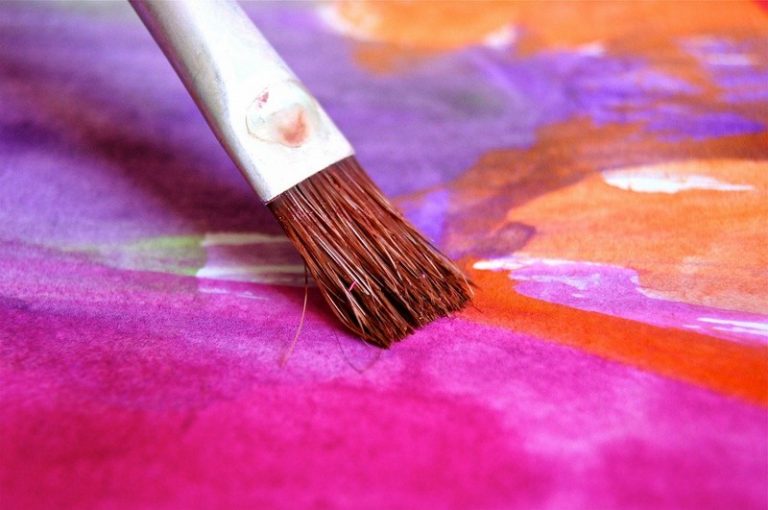 South & Central American art often has a distinctly different look to that which originated in Europe, and later North America, following the period of intense colonization that occurred around the 16th century. The indigenous cultures that inhabited the Americas prior to that period were heavily influenced by religion and spiritual themes, and their work has since been labelled Pre-Columbian art.

Pre-Columbian art includes works created in South America, Central America, and Mexico, as well as much of the Caribbean islands. When Latin Americans spread outwards themselves, they took their artistic influences with them. Because of this, there are also many examples of pre-Columbian art that originated from Latin Americans living in other regions of the world, too.

Later, the term “mestizo” became popular to describe artwork originating from these regions which blended elements of Amerindian, European, and African culture. As time progressed, some artists began to reject the classical Latin American art styles, instead choosing to embrace Western Modernism and Russian Constructivism in their work. The end result is a diverse landscape of artistic expression, and a heavy interest in Latin American Art amongst many collectors.

Stories of the civilizations created by the Mayan people and the Aztecs are the subject of an immeasurable number of books and movies. These cultures created a huge amount of art of all kinds, though they seemed to be particularly enamored with sculpture and paintings. For those who wish to purchase a piece of pre-Columbian artwork, galleries often host painting collections for sale that will focus on specific styles or periods. These include, but are no means limited to:

The humid climate of Central America was not kind to the Mayans’ artworks over the centuries since the fall of their civilization sometime around 900 AD. Nevertheless, some examples have managed to survive, and archaeologists remain optimistic that further artworks are still waiting to be uncovered.

Like the Egyptians, the Mayans would often create their art directly on the walls of their buildings. Because of this, some of the most well-known Mayan paintings have been found in the substructures of buildings that were later renovated or architecturally updated by the Olmecs, Inca, or Aztecs.

Despite covering up many of the Mayan artworks, those later civilizations were seemingly impressed or inspired by these works. The Mayan’s liked to create large-format murals depicting kings, deities, and religious beliefs such as their own take on the creation myth. These paintings were often decorated with hieroglyphic text, some of which have been decoded and shown to feature extraordinarily accurate astronomical calculations and data.

Mayan Hieroglyphics can be thought of as an artform in their own right, but the significance of these works was not appreciated by the Spanish clergy, who waged a campaign of book-burning and art-destruction during the 16th century that will likely prevent much of the text from ever being decoded.

The Inca are first known to have established themselves as a civilization around the 12th century AD in the mountains of Peru. At their peak, the Inca are thought to have controlled an area as large as 4,000 square mile, where some 16 million people could have lived under their rule. Their isolated position in the vast South American landscape enabled them to develop technologies far ahead of their time – they built roads, bridges, and tunnels, as well as complex irrigation systems to assist with agriculture.

In terms of their art, the Incas are best known for their ceramic sculptures, highly polished metalwork, and most importantly, textiles. The Incas considered textiles to be the most prestigious form of art and would usually incorporate large numbers of geometric shapes alongside abstract motifs representing various birds and animals.

Fascinatingly, despite the highly advanced nature of the Inca civilization they never developed their own writing style. Modern thinking is that the leaders of these ancient peoples feared the consequences of allowing their subjects to easily share information between themselves. This ultimately contributed significantly to their downfall, as when the Spanish arrived in 1531 the Inca were unable to properly organize and structure an effective defense.

Just a few decades later, conflict had died down and the remaining Inca people became fascinated with the writing used by the Spanish. As these people learned to understand the Spanish language, Inca artists quickly mastered the techniques used by the Europeans. For the first time, the Inca began to paint portraits portraying their ancestors, hoping to honor and preserve their own independent past despite now being ruled by the Spaniards.

Portraits of Inca rulers created in the European style and religious or narrative artworks which blended elements of both cultures were prized by the remaining Inca nobility. Such paintings quickly became extremely valuable, so were a natural choice for artists who wanted to earn a living from their creative talents.

The pictorial style of the Aztecs usually has one or more characters (usually gods) as the primary subject. Historians have often noted that the Aztecs used an impressive amount of symbolic creativity in their paintings. Aztec art will usually feature a plain backdrop filled with exclusively 2D elements – depth is not used, nor any kind of visual trickery.

Precise, linear contours allow the subject of the piece to be decorated with a massive number of decorative elements. Contrast is used heavily to separate these elements and prevent the image from appearing cluttered or unbalanced.