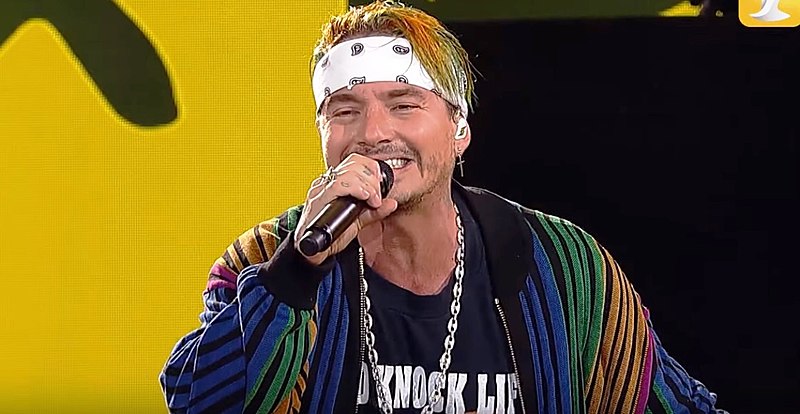 Reggaeton appears to have taken the music industry by storm a few years back, especially in the aftermath of the global hit, Despacito. Reggaeton is a mix between rap and reggae, with variations of hip-hop.

Although reggaeton originated in Panama and Puerto Rico, Colombia is making a name for itself and producing some of the best reggaeton songs out there. Because of Colombian reggaeton music artists, reggaeton is becoming even more popular, and Colombia’s music is making its way to becoming one of the most popular Latin American music.

Here is a list of the top Colombian reggaeton artists:

Jose Alvaro Osorio Balvin, popularly known as J Balvin, is an award-winning Colombian reggaeton singer. He is the first Latin artist to reach more than one billion views on YouTube, which also makes him famous worldwide. Many refer to J Balvin as the Prince of Reggaeton. He has won several awards throughout his career for being a successful reggaeton singer and making reggaeton known in other parts of the world. During his career breakthrough last 2014, he released 6 AM with Farruko, a Puerto Rican Singer.

J Balvin has earned himself a reputation as one of the best Colombian reggaeton artists around. One of his notable songs is his second track Ay Vamos which won him a Latin Grammy Award for Best Urban Song. The same song also became the first reggaeton song to reach a billion views on YouTube. Then, his Mi Gente last 2018 became Spotify’s first Spanish-language song to be number one on the Global Top 50 Chart.

Maluma, born Juan Luis Londono Arias, is a Colombian reggaeton singer with a huge fan base in Latin America and parts of Europe. He started his music career at a very young age, with his first songs doing well on Latin American charts even before he was signed onto any label. In 2013, he released his debut studio album, Magia with Obsesion having a music video with more than 200 million views on YouTube.

Since then, Maluma has released more albums that have done well on music charts and earned him a huge fan base worldwide. His latest album, #7DJ or 7 Días en Jamaica, released early this year, is still rising to the top of today’s Spanish-speaking billboard.

Manuel Turizo Zapata, also known as MTZ, started making music when he was 13 years old with the influence of his musician father and brother.

In 2016, he became widely famous in Latin America because of his hit single Una Lady Como Tu. Within the year of the song’s release, the song has garnered more than 200 million streams on Spotify and a billion views on YouTube. He also collaborated with Puerto Rican singer Valentino for another hit, Besame, which included him in Billboard Magazine’s 10 Latin Artists To Watch in 2018.

In the year 2019, he won the Best New Latin Artist on the iHeartRadio Music Awards. He is also noteworthy for performing in Billboard’s concert of a cause last March 2020 for the non-profit organization, MusiCares.

Karol G, born Carolina Giraldo Ramirez, is a Colombian singer-songwriter and television personality. She started her career appearing in The X Factor and moved to New York in 2014 to sign with Universal Music Latino.

In 2017, she released her first album entitled Unstoppable, which debuted on top of Billboard Charts Latin. The album’s leading song, Ahora Me Llama, is in collaboration with Puerto Rican music artist, Bad Bunny. In the following year, she won the Latin Grammy Award for Best New Artist.

Farina Pao Paucar Franco is one of the pioneers of reggaeton in Colombia. Though male artists primarily dominate reggaeton, Farina proved females can also make their way to the top. In 2005, she became the first woman to make reggaeton music in Colombia.

In 2015, Farina was nominated as Best Female Artist in the Heat Latin Music Awards alongside the famous diva, Sharika. In 2017, she became the second Colombian to sign in Jay-Z’s Roc Nation. Up to this day, she is managed by Sony Latin Music and is continuously producing reggaeton music and performing alongside various music artists like J Balvin, Nacho and Rayo y Toby.

Eduardo Mario Ebratt Troncoso goes by the stage name Lalo Ebratt. He is a budding Colombian reggaeton singer who was a former member of the hip-hop project, Trapical Minds before going solo on his music career.

As a lead artist, Lalo Ebratt is well-known for the song, Mocca. In 2018, this song’s music video reached 211 million views on YouTube, and in the same year, a remix version of the song with J Balvin was also released.

Reggaeton, a fusion genre of reggae and hip-hop, has become one of the most popular music genres not only in Latin America but also in the world. Colombian reggaeton artists have managed to earn a vast international fan base. Though male artists still dominate reggaeton, more and more women are beginning to make a name for themselves in the music industry with their reggaeton music.

If you’re thinking of reaching out to these reggaeton artists, each of these Colombian reggaeton artists has their representative, such as J Balvin’s manager, whom you can contact for business collaborations like concerts, endorsements and music videos.