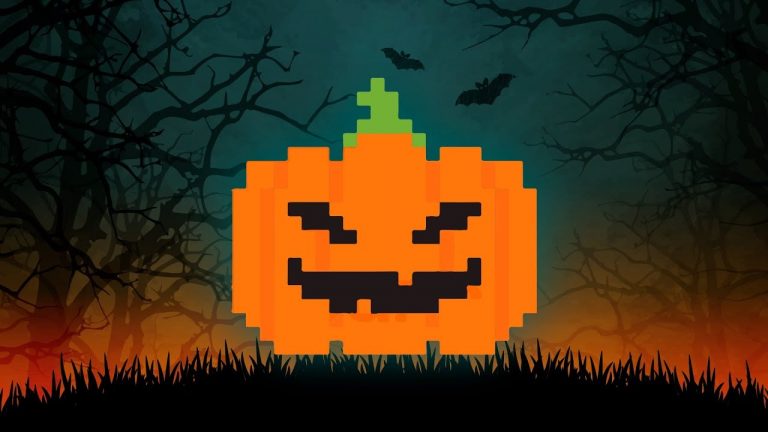 Why do Most Caribbeans Refuse to Celebrate Halloween?

Halloween is celebrated in many countries around the world. It is an ancient Celtic festival also known as All Hallow’s Eve that takes place every year on the 31st of October.

Out of all the countries that join in with celebrations, it is North America who has embraced the festival the most. There were around 150 million Americans who joined in the Halloween festivities in 2020, and many would have either held parties or joined in with trick-or-treating.

This time of the year is important on different levels for different people. For some it still represents a religious period, for children, it is a chance for dressing up and collecting candy, for horror fans it can add a creepy element to their favorite movies. For witches, it can be a powerful period for casting propitiatory spells as the moment October ends and November begins is an ideal moment for magic.

But not every country has adopted Halloween. There are plenty of countries and people all around the globe that have decided to shun the festival, the Caribbean being one of these places.

A lot of the local Caribbeans are practicing Catholics, and there are a lot of Protestants too. There are many reasons why Christians refuse to celebrate Halloween including the following:

Although there are plenty of countries like Ireland, where the majority of people are Catholic but still celebrate the ancient festival, there are lots of places like the Caribbean that don’t embrace the festivities. Although many people look at Halloween as a harmless children’s event, others find it difficult to justify why it’s okay for people to celebrate an evil festival.

A lot of Carribeans don’t celebrate American traditions. On Halloween, children all around the globe, especially in America, go door to door dressed in scary outfits collecting candy and other treats from their neighbors. Although Halloween is an ancient Celtic festival, Trick-or-Treating is believed to have originated in the United States in the late 1920s. Very few countries in the Caribbean adhere to American traditions. If you are in the Caribbean during Halloween, don’t worry about stocking up on treats, as it is unlikely there will be children showing up at your door dressed as witches and ghosts.

Many Carribeans living in the United States struggle to accept the festival’s traditions while living there. Some people provide treats for children popping by, while others refuse to get involved. Although a lot of Caribbean families living in America allow their children to dress up for the festival, others still find it very strange. They struggle to identify with the traditions and find it a completely irrelevant festival.

Are there any Halloween Parties in the Caribbean?

In recent years, Halloween parties have been popping up in certain areas of the Caribbean. There is a wide range of hotels and resorts all over the Caribbean, and many of them host Halloween parties for their guests. It’s not surprising, because so many people from Europe and North America like to take vacations there. A lot of these hotels will organize spooky games for the younger guests, and decorate these hotels and resorts with scary decorations.

However, many foreigners find it difficult to get into the Halloween mood while holidaying in the Caribbean. Without pumpkins and fake tombstones on display in people’s yards, and children dressing up, it doesn’t really feel like Halloween. The warm weather conditions also play a role.

If you are visiting the Caribbean during the fall, and you want to celebrate Halloween, consider packing Halloween items with you. There are very few stores that stock Halloween products, so if bringing children with you, don’t forget to pack their costumes. However, the Fall is an ideal time to visit the Caribbean. Because it is still the rainy season during October, it is not overrun with tourists. You can find great deals on accommodation and flights in the Caribbean during the rainy season.

What are the more Recent Halloween Traditions Around the World?

More than 150 million people were expected to carve pumpkins last year, but many do not understand the dark tale from where this practice comes from. The story is part of Irish folklore and tells the tale of a drunkard called Jack who came to play a trick on the devil. The story goes that Jack tricked Satan into climbing into a hollowed-out tree and then carved a crucifix into the bark to trap him there.

Jack then made a deal with Satan so that he would not try to claim his soul once he died. However, his plan backfired as Heaven would not take him in either which left Jack to wander in eternal darkness. Jack carried burning embers from Hell with him in a hollow turnip to light his path. Later on, the story switched to a pumpkin, which many would agree is far tastier.

When it comes to celebrations for Halloween, there are plenty of ghoulish songs, some others that just fit the mood, and some novelty songs.

Where did Halloween begin?

Soon, millions of people around the world will be celebrating Halloween (also known as Samhain) but where did it all begin? The festival began with a group of Celts who lived in a region that is now known as Ireland. Back then it was known as Samhain, and it was believed that at the end of October the line between this world and the world of the dead was at its thinnest.

November the 1st was celebrated as the start of the new year, and if there is a veil between our world and the one the dead inhabit, it would be most transparent between the 31st and the next day.

The festival became part of a Christian celebration due to the Roman Empire, and later, the Irish brought Halloween to America in the 1840s. These days the festival is largely non-religious but is important to another group too. In the 1950s, Wicca began as a religion in Britain and this is the most important time of year for Wiccans and witches.

Although Halloween is not really celebrated in the Caribbean, most of the people living there are aware of the festival nowadays. Caribbeans are familiar with Hollywood movies, and in many of these films, they celebrate Halloween. However, there are a lot of spooky tales in some Caribbean countries that many locals strongly believe are true. In Barbados, there is a town that has an empty vault in a graveyard beside a church. Many believe that families who have added coffins to the mystery vault are later moved around somehow. In Jamaica, there is a museum that was believed to be owned by Annie Palmer, who locals called the ‘White Witch’. It is believed she used to practice voodoo, and she used it to kill her three husbands.