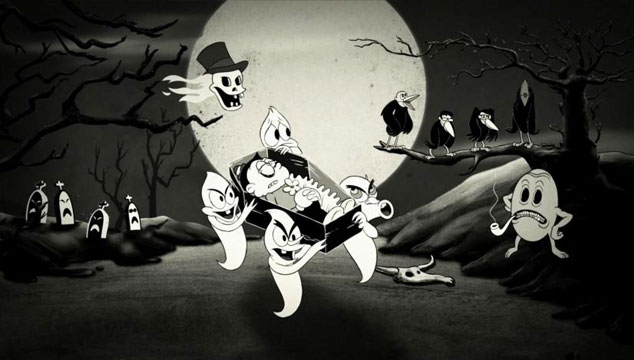 Venezuela’s La Vida Boheme are truly establishing themselves as one of Latin America’s finest bands. As if their chaotic live show or their critically-acclaimed albums (their last effort was described as redefining Latin American rock) was not enough, they’re also proving themselves visionaries with the music video too.

Their latest effort is a spooky animation inspired by Walt Disney, directed by Carl Zitelmann and produced by Cesar Elster who brought together a team of highly talented artists, previously known for working with Gorillaz. The video has already had much publicity after being selected to air before every showing of Gravity in the USA, but if you haven’t seen it yet, here’s your chance. This is “Flamingo”: