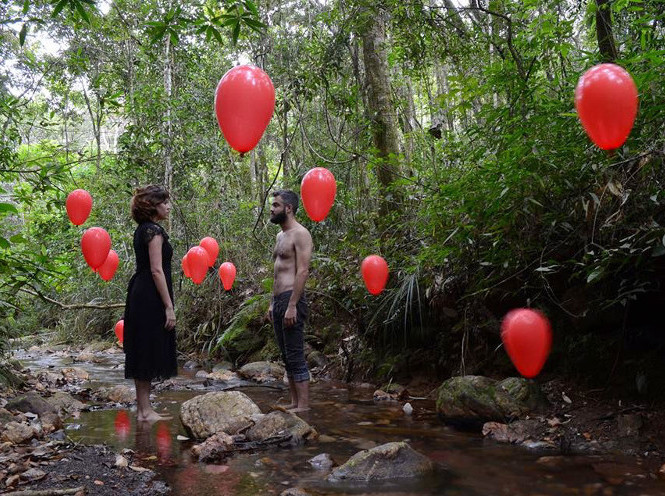 Something is definitely in the air in Belo Horizonte. Previously the city was best known for being the home of Milton Nascimento’s Clube da Esquina, and in later years, for Pato Fu. My own personal experience of trying to find interesting new music from the third largest city in Brazil, had always led me down a very Western rock-dominated world. Well, things are changing drastically.

Nobat released his first album, Disco Arranhado, in 2012. This track though, “LSD”, is from his next release and shows a clear growth in his sound. He has moved on from the simple Strokes-inspired rock of his first album to something more interesting, a delicately-textured (and potentially hallucinatory) song about finding one’s way. Thankfully, Nobat has the singer Júlia Branco to accompany him on his journey, even if the route ahead is far from clear.

We can’t wait to hear more!