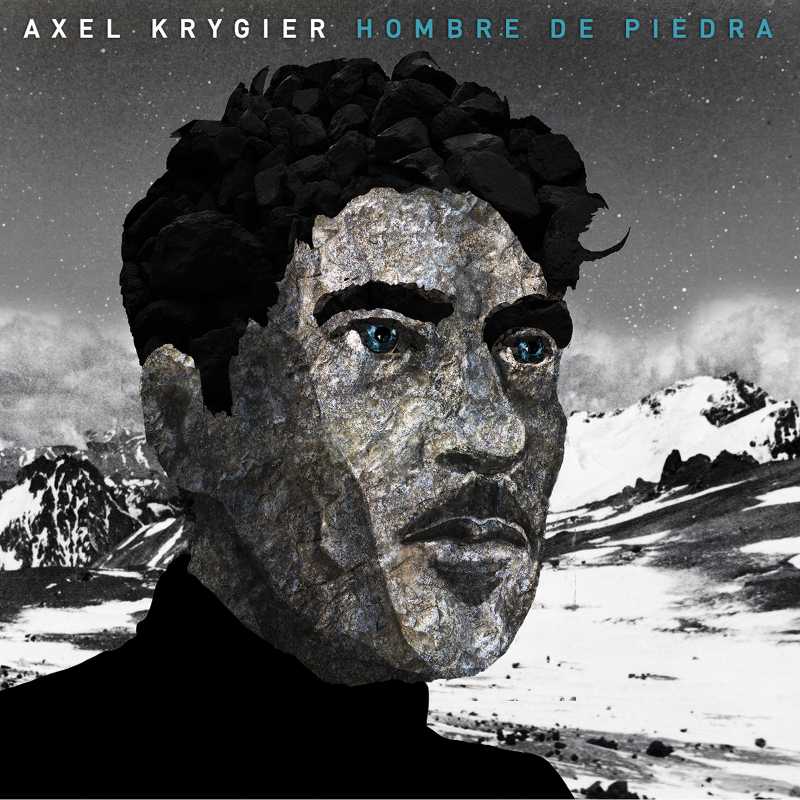 One of our favourite South American artists – and we don’t use this description lightly – is back. Recent news has filtered our way of a new album from Argentine maverick Axel Krygier. This is an artist whose career is as multi-faceted as his music, which is itself a glorious fusion of styles as varied as cumbia, jazz, tango, sound collage and Tom Waits-esque rough-hewed ballads, to name a few touchpoints. He has played with Soda Stereo, wrote for musicals, been released on ZZK Records, toured all over the world, and so much more. His first solo album, Échale Semilla! dropped in 1999 but we got to hear his singular vision best on 2010’s Pesebre, a landmark album for the artist, full of imagination and, most importantly, great songs. Now we finally get to hear the follow-up.

Hombre De Piedra (Man Of Stone) is a concept album inspired by the French documentary Lascaux: Le Ciel des Premiers Hommes that tells the “story of [a] caveman who speeds through the entire history of mankind in fast motion.” Is that enough to whet your appetite? If not, here’s a first taster from the album, an incredible video for the title track:

Hombre De Piedra is available for pre-order from iTunes