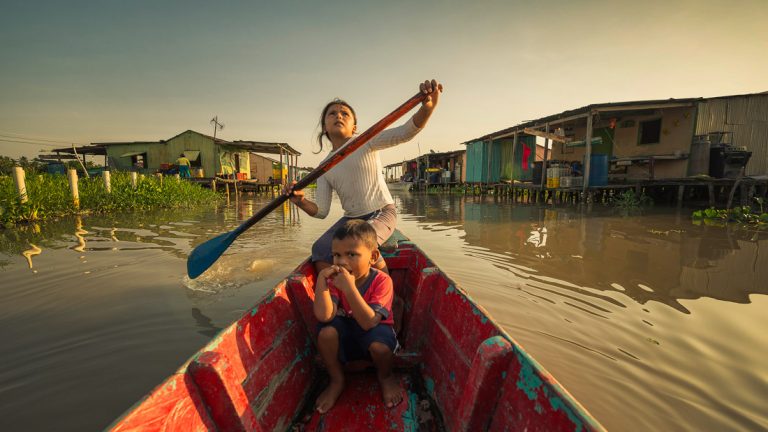 If you’re based in the US and are interested in Latin American cinema, you’ll be spoiled for choice at this year’s online DOC NYC, the largest documentary festival in the USA, with over 200 films available to stream online between 11 – 18 November. Many of the screening tickets also include access to exclusive pre-recorded Q&A sessions with the filmmakers.

There’s a large selection of films in the Latinx/Latin American category on the full lineup, which you can browse here. Here are five top tips from Sounds and Colours.

Once Upon a Time in Venezuela (Érase una vez en Venezuela)

Anabel Rodríguez Ríos’ documentary about the plight of a small fishing village in Venezuela was described as “a stunning microcosm of a global battle to safeguard cultural heritage and retain political relevancy”.

You can watch The Barrel, the short film that inspired the feature documentary, for free here, on the official website for Once Upon a Time in Venezuela.

Oscar-nominated director Evgeny Afineevsky’s film about Pope Francis made headlines around the world recently, as it contains an interview in which the Pope gave explicit support to same-sex civil unions. The film tells the story of Argentinian-born Pope Francis and his papacy, covering themes such as the climate crisis, immigration, LGBTQ support, economic equality, and religious tolerance.

Things We Dare Not Do (Cosas que no hacemos)

Bruno Santamaría’s “achingly beautiful” documentary is a profile of Ñoño, a Mexican teenager living in a coastal village. “Ñoño spends time staging dance productions with local kids, but, when able to find time alone, travels to a secret place to dress as a woman. When violence disrupts El Roblito, Ñoño must decide if he will follow his dreams or remain with his conservative, loving family.”

Mexico – Off the Road

José Permar’s documentary is about the Baja 1000: a 1000-mile off-road race through the Mexican desert and the largest off-road race in the world. Rebecca Wilson, who wrote about Off the Road for Sounds and Colours earlier this year, said, “Off the Road is not a documentary about an epic sport. It is, from beginning to end, a tale of the local heroes whose lives are unavoidably affected by Baja 1000.”

More information about DOC NYC and the Latinx/Latin American films on its 2020 programme can be found here.

Tags: DOC NYC, documentary festival, Francesco, Latin American Documentaries, Latin American Films, latinx, Off the Road, Once Upon a Time in Venezuela, Pope Francis, Things We Dare Not Do