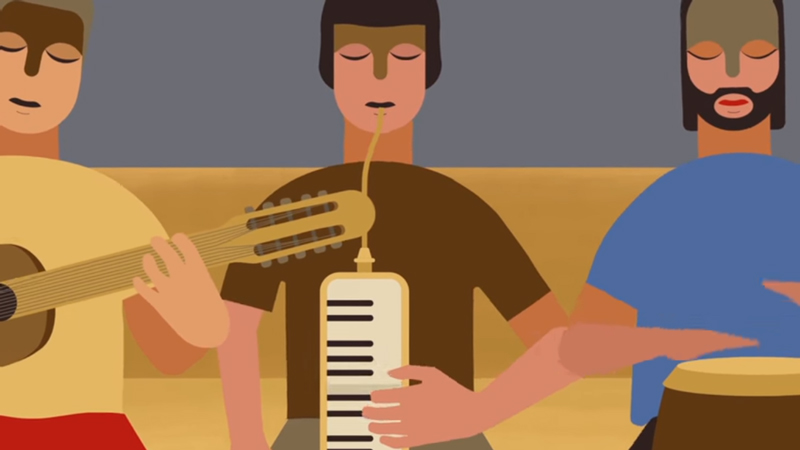 Soundway Records, famous for their critically acclaimed compilations of vintage classics from Africa and the Caribbean, are introducing their newest signee, La Yegros with the release of lead single and video “Chicha Roja”. Often cited as the first lady or the queen of nu cumbia, La Yegros has previously been released by ZZK Records and toured the world with notable gigs in Morocco, Hungary and France.

To start heating up the ambiance, she is presenting the video for “Chicha Roja”, the first single off her forthcoming album Magnetismo, which is set to hit the stores on March 11th. The track is catchy, up-tempo and filled with La Yegros’ signature transnational cumbia sound, it was composed by Daniel Martín, produced by King Coya and features none other than Gustavo Santaolalla on the Andean stringed instrument ronoroco.

The video was created by Venezuelan-born, French-based Carlín Díaz, showcasing his illustration and animation skills as he takes the band on a journey through South American steppe landscapes, with La Yegros pictured as a sensual cartoon character that somehow manages to wake up the ancestors in order for them to get some chicha drink and head off on a small but intense psychedelic trip.

Magnetismo will be released by Soundway Records on March 11th. La Yegros will be playing London’s Rich Mix on April 22nd as part of La Linea festival.