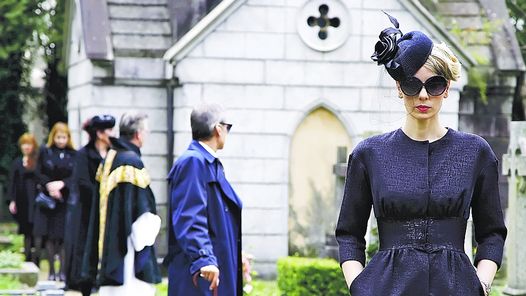 Argentinean hammer-style horror was a genre I had not seen before, nor indeed was I even aware of its existence. And hopefully I never come across it again, because Necrofobia is utterly terrible, appallingly directed and pathetically acted. My initial tedium soon evolved into fidgety irritation before reaching a state of unremitting fury which caused me to… well, sit in my seat and do nothing until the credits rolled, at which point I got up and politely exited the auditorium. What’s worse, I watched Necrofobia in 3D, a format fine for exploding planets and swooping pterodactyls, but when badly applied to this sort of fetid feculence posing as cinema, in which nothing visually interesting occurs on screen (unless you have a thing for clocks and mannequins), it really does seem pointless. Which would be keeping with the rest of the film at least.

The fact that the film is quite clearly tongue in cheek does nothing to pardon its awfulness. Using every 70s horror film convention in the toolbox (unseen figures, doors swinging shut of their own accord, pigeons taking off in front of a church), the film references the likes of  1971’s Twins of Evil. There is some sort of incoherent, rambling narrative in which a clockmaker mourns his dead brother, only to be relentlessly pursued by apparent supernatural forces as those around him meet a grisly end at the hands of an unseen knifewielding killer. These are possibly the least convincing murder scenes ever filmed in professional cinema, as the knife is brought down with all the force of an eyelash landing in your cup of tea.

Argentinean actor Luis Machín hams it up in the role of both brothers, and is matched in the awful acting stakes by the numerous secondary performances around him. I realise that horror has a lot of crossover possibility with slapstick comedy, and a lot of the film is based around physical activity. It obviously doesn’t take itself seriously. But if I am missing the point of Daniel de la Vega’s film, I don’t care. It needs to be locked in a coffin and buried deep, deep down.