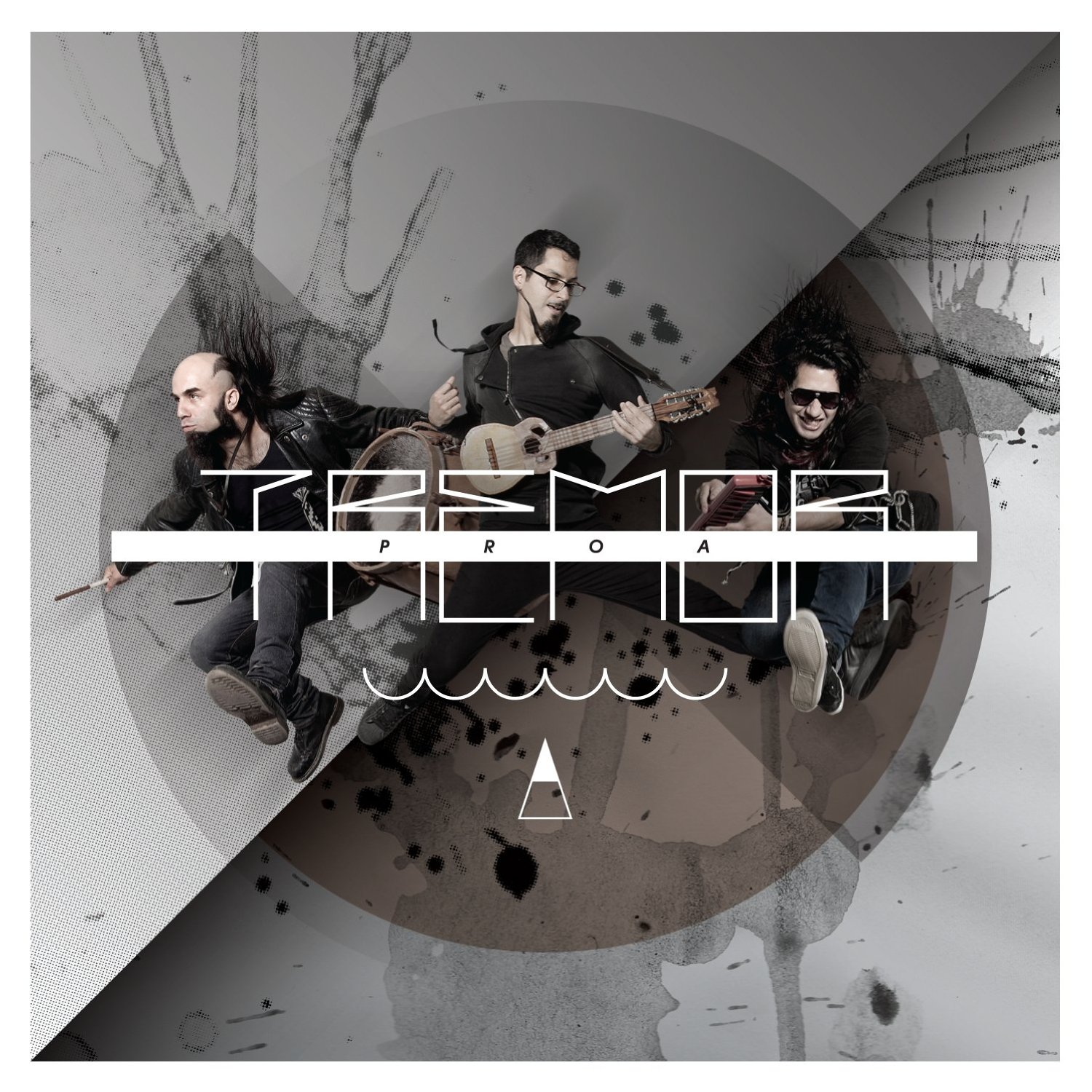 Tremor‘s latest album Proa marks a sonic departure for the Argentine band known for their fiery 21st century take on Latin American folk music. Their third album sees the trio come of age, pushing their sound into new, unexpected directions and resulting in their most ambitious and accomplished record to date.

As reflected in the spoken word sample that opens the album (a recording of Argentine literary giant Cortazar), Tremor’s music constantly bridges the gap between organic live recordings and processed electronic wizardry. Proa is no different: a rich palette of live South American percussion, horns and vocals with twisted samples, ‘found sounds’ and synths. This is exemplified on “Lanza” where swaggering clarinet melodies and charango-picking lie over crunching rhythms and sawing synths.

Whilst on previous recordings the band took Latin American rhythms and instrumentation as their main point of departure, on Proa Tremor stray into new territory, pushing their musical boundaries much further. It is an album that is almost impossible to pigeon-hole. Take tracks like “Galopeador Contra El Viento”, four minutes of driving experimental electronica or “Autobuzz”, a brilliantly unexpected slice of out-there electronic pop with vocoded vocals and time signature variations that wouldn’t seem out of place on a Battles album.

According to recent interviews, a number of the tracks on Proa were formed during the band’s intense international tour. This comes shining through on the explosive “Pandi” or the epic “Huacal”. However, these moments of controlled madness, where you can imagine the rise and fall of the smashing bombo drums, sit side by side with slices of pristine, charango-lined beauty such as the album’s first single, the sublime “Huella”, or the title track “Proa”.

The diversity and intricacy of the tracks on Proa are testament to the band’s musicality and creativity; it is an album bubbling with ideas, filled with explorations of structure and melody, criss-crossing the lines between digital and organic, between folk and electronica. It is Tremor’s most captivating and interesting release to date and may just serve to get the band the global recognition they deserve.

Proa is available from iTunes and Amazon