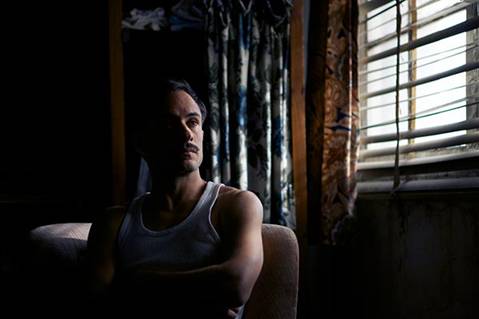 Pablo Larraín’s much-anticipated feature Neruda will have its world première next month in Cannes Film Festival as part of the Directors’ Fortnight. The film unravels in Chile in the late 1940s, depicting the Nobel Prize-winning poet’s political struggle with the state.

Larraín’s promising new film has reunited some of Latin America’s contemporary ‘legends’: Alfredo Castro, Gael Garcia Bernal and Luis Gnecco. Along with them, appears a mix of actors who frequently work with Larraín, such as Alejandro Goic, Jaime Vadell and Marcelo Alonso.

It’s the third time that the acclaimed Chilean film-maker joins the Cannes festival, having previously participated with Tony Manero in 2007 and No in 2012.

Larraín is not the only well-established Latin American film-maker participating in this year’s Cannes festival. Kleber Mendonça Filho, the Brazilian director of Neighboring Sounds (2012), will join the Cannes’ main competition with his latest feature Aquarius, the only Latin American contender in the official competition.

The protagonist of the film is Clara (Sonia Braga), a 65-year old widow and retired music critic who has been left alone in the old apartment building Aquarius. Mendonça Filho’s film marks the first time that a Brazilian director has participated in Cannes’ main competition since Walter Salles’ On The Road in 2012.

Latin Americans have also a strong presence in the section Un Certain Regard of Cannes festival, with the Argentinian film La Larga Noche de Francisco Sanctis (translated in English as Francisco Sanctis’ Long Night), which is the first feature film by Francisco Márquez and Andrea Testa (who had both previously worked on a variety of shorts and documentaries). Set in Argentina in 1977, the film portrays the black days of the military dictatorship and the ethical dilemma an administrative employee is going through.

The trailer for La Larga Noche de Francisco Sanctis is below: