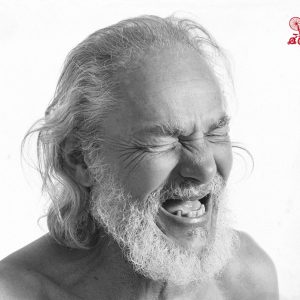 Having released their third and fourth albums exclusively on cassette and vinyl respectively, Apanhador Só’s follow-up Antes Que Tu Conte Outra was never going to follow a pre-prescribed pattern. Opening with a distorted dubstep groove which quickly dissolves into urgently strummed guitar chords before finally exploding into a Radiohead-inflected soundscape, this is an album which seems to have been spawned from São Paulo’s urban chaos rather than the open plains of its birthplace, Rio Grande de Sul. It is an album which takes off at breakneck speed, only to screech to a halt and gallop off in completely the opposite direction. United, perhaps, purely by its experimentation. Yet the vocals on this opening track, “Mordido”, suggest otherwise. Occupying the delicate space between the spoken word and a crooned whisper, lead guitarist and vocalist Alexandre Kumpinski’s vocals are arguably what craftily weave the whole album together.

Throughout the twelve tracks, Alexandre glides effortlessly through catchy melodies, a nod to the pop and MPB sensibilities of the band. Highlights of the album are “Vitta, Ian, Cassales”, a punchy samba-rock; “Não Se Precipite” which kicks off with a driving Congolese groove; and “Nado”. This latter track is where the band really brings its sound experimentation into fifth gear, combining samples of slot machines and bicycle bells, creating a surreal sonic universe in line with Alexandre’s cryptically poetic lyrics. The song has a playful innocence about it, executing a well-deserved nod to the backyard experiments of Juana Molina. The album, however, does suffer moments of apparent laziness, with the songs “Rota” and “Lá Em Casa Tá Pegando Fogo” employing distorted drones for just a little too long to keep you on your toes. “Liquido Preto” meanwhile, written as a derisory parody of the supposed benefits of Coca-Cola, comes over as a bland boy band fail, rather than the intended satire.

Despite moments of melodic weakness, this is an album which triumphs in its flashes of experimental brilliance and wicked arrangements. Flecked with the legacies of British indie bands like Belle & Sebastian and Foals, Antes Que Tu Conte Outra shows potential but doesn’t quite take off the ground. Apanhador Só, however, are clearly carving out an exciting path for themselves which may well finally put Rio Grande do Sul on the musical map.