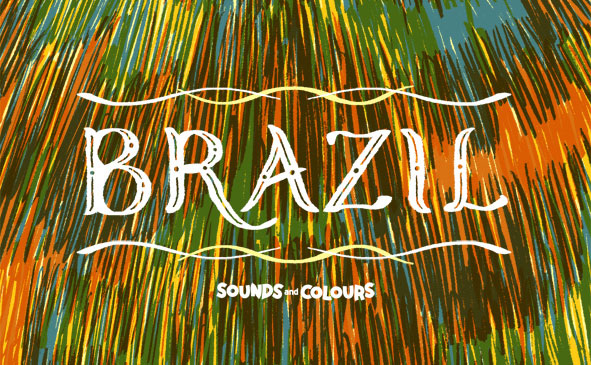 With World Cup playlists flying around left, right and centre I felt the urge to put together my own Brazilian selection, a collection of well-known and rare classics from the 60s and 70s, including plenty of choices that continue to have a big influence on Brazilian musicians today.

The mixtape starts with Moacir Santos‘ “Coisa No. 4”, a track taken from his monumental Coisas album of 1965, a fusion of afro-Brazilian rhythms, jazz and marches whose influence continues to grow. Then there are tropicalia-esque pop excursions from Tom Zé, Os Mutantes and Ney Matogrosso (from his under-rated first solo album, Água do Céu – Pássaro), and funky jazz-crossover classics from João Donato and Edu Lobo.

Samba is represented here by songs from Rio’s Alcione and Martinho da Vila, as well as the lesser-known Amado Maita and Paulo Vanzolini, both representing the best of São Paulo’s samba scene in the 70s. There are rarities from Karma, whose self-titled 1972 album was produced by Arthur Verocai, and Pedro Santos, whose track is taken from Krishnanda, his 1968 experimental epic that saw Brazil and the Orient collide head-on.

I chose a track from Sergio Mendes‘ sublime highly-percussive Bahian-influenced 1972 album Raizes (or Primal Roots), one of his few albums with no commercial expectations. Then there’s “Deixa A Gira Girar” by Os Tincoãs, a track recently covered by Bixiga 70 and which shows this Afro-Brazilian vocal group at their best. It’s no wonder their harmonies are influencing so many new Brazilian artists. Finally, I went for a classic from Vinicius de Moraes and Baden Powell’s Afro-Sambas album, here in live form from one of his Argentine concerts and featuring Toquinho on guitar and Maria Creuza on vocals; a rare beauty from Gilberto Gil‘s soundtrack to Copacabana Mon Amour; and I had to pick Chico Buarque‘s “Construção”, quite possibly my favourite Brazilian track of all time (the arrangement by Rogerio Duprat is incredible!)

So, here it is, this is my Alternative World Cup Mixtape: