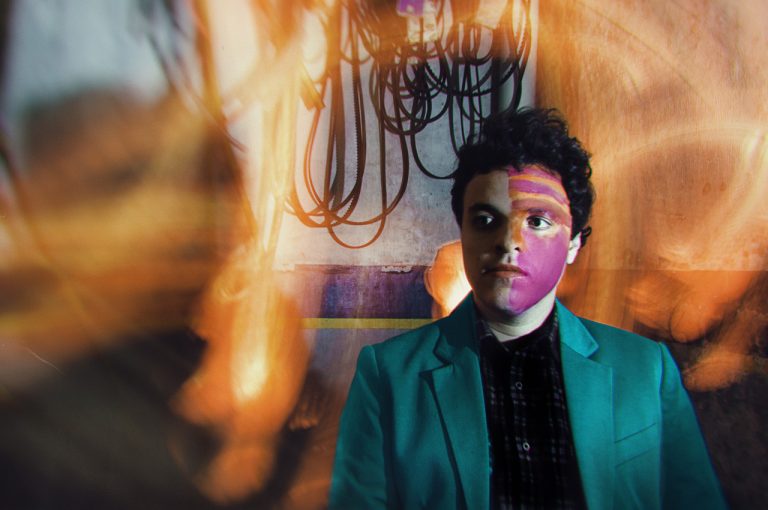 After a pause, the Brazilian Wax round-up is back – but in a different guise. Reeling in the garrulousness for your sake and mine, this new lissom and well-built round-up still focusses on the very best music from Brazil, but in a far more concise form. Each iteration will be helmed by two album highlights, and one short highlight for each of the following categories: EP, single, electronic & club music, and reissue.

Cadu Tenório’s spellbinding sound art has, via Rio’s vital experimental label QTV, permeated its way into the country’s contemporary canon over the last decade. The music that Rio’s experimental-electronics auteur makes is obscure: both in its dusky corners and in its structural abstrusity. But so singular and peerless is his sound – and so sumptuous his landscapes – that, while complex, each of the prolific artist’s releases (including last year’s triptych: Waifu, Monument For Nothing and 孤立: Room Memoirs) takes the form of an enchanting biosphere that can seduce both seasoned traveller and maiden voyager.

Pushing through the fuzzy fronds of Signal Eustasy VI’s short synth-led opener “Heartless Angel”, the listener finds spacious territory on “The point where things could easily be broken.” – a gentle, pulsating piece that puddles and spills over beneath layers of babbling water effects. Gently lulling the listener into a trance, the track intimates an ensuing collection of compositions that might equally befit an Aphex Twin album as a Headspace sleep-scape. But the soporific sounds that insinuate the latter are quickly done away with. Punctuated by bellicose skits (“Kupo”, “Xibalba”), the beguiling calm of “The point…” melts, giving away to other equally captivating atmospheres. Indeed, while never as somnolent as “The Point…”, an entrancing ether is sustained throughout the rest of Signal Eustasy’s various transmutations.

Highlight “El-Seibzehn” – redolent of Eartheater and Björk – matches glitchy drum loops and arpeggiated synth with squeaking and soaring vocals courtesy of long-time collaborator and Metá Metá vocalist Juçara Marçal. While, later, “Diamond Dust”, with spine-tingling glockenspiel, returns to the sparse and spacious soundscapes of “The point…” – except its shadowy drone is pulse-racing not pacifying. The twenty-minute “Grimoire Noir”, meanwhile, with plush saxophone licks, balances whirly synth loops with layers of fidgety ASMR and startling guitar licks.

Despite such diverse colours and moods, the spell is never broken over Signal Eustasy VI’s seventy-one minutes. In a dreamlike state the listener, taken by Tenório’s current, is spun undisturbed through disparate and varicoloured worlds. And, as in a dream, each eddying juxtaposition and discontinuous mood-change feels wholly logical, persuasive, and vibrantly immersive.

To “delicately describe one’s feelings and deliver them in the form of sound waves” was Cs Loverboy’s principal intention while recording his sophomore album from home. The feelings that the carioca was particularly interested in delivering were those elicited by the kind of intrusive thoughts alluded to by his album’s title: “Colourful Memories”. Memória Colorida is foremostly a sotto voce rumination on one’s “inner self” and those ugly, arresting, and aching memories that have wrested our attention during the last year in lockdown. The Rio artist’s subsequent aim: to reflect on and deal with these; or “to let the colourful memories go away in peace.” Memória Colorida is, appropriately, tender. But, while soft to the touch and intimate, the cuteness of each composition belies an emotional and, indeed, sonic complexity that makes the short album (twenty-five minutes) in turn sad, sweet and, often, unsettling.

On opener and stand-out track “Dissipando” (“Dispelling”) we meet our narrator, above lilting violão, drinking a Coca-Cola and washing his feet at the beach. It’s a ceremony of sorts: a turning-over of a new leaf. Learning to take care of oneself and welcoming the deluge armed only with an acoustic guitar, the singer repeats: “and I’ll be here, with my guitar only”, over the restful whirr of tweeting birds surf on the shore. But while light and airy, an unarming heaviness is set within the sparseness. Rather than lightweight, Loverboy sounds lonely: more stranded islander than easy beach-bum. Indeed, the apparent breeziness of Loverboy’s bedroom indie carries greater emotional weight than first felt. As the solo voice-and-accompaniment slowly unravels via wheezing saxophone (Gui Esteves), a desafinado keys part (also Gui Esteves) takes over, uncannily warping the pitch and leaving the piece wonderfully unresolved.

The following “Besteira” plays further with sonic quirks which uplifts a half-time lilt and pleasantly sours the track’s initial sweetness. The phaser-heavy guitar and MIDI-drums introduce a cute verse pattern reminiscent of Ana Frango Elétrico’s “Chocolate”. But, like Ana Frango’s, Cs Loverboy’s sugariness becomes all the more delectable for its equal tang: the choruses’ climaxes of scratchy guitars and pulsing synth feedback. “Cinzas De Amor”, too, is lifted by its canned saxophone interludes and an off-kilter waltz outro.

The formula is clear: guitar parts rooted in the rhythms and harmony of bossa nova, plus post-Demarco bedroom-indie tonality and a mild proclivity for baroque instrumentation characteristic of Devendra Banhart or Nick Hakim – particularly on Hakim’s latest collaborative album with Roy Nathanson. Indeed, by its eponymous closer, Loverboy’s sophomore effort has very much revealed its tricks.

But, like those titular “memories”, those whirring thoughts which recur in different forms always with the same potency, Loverboy’s sound on Memórias Coloridas retains a vitality and vibrance that doesn’t fade over its various iterations.

Dora Morelenbaum’s translucent Vento De Beirada is a wispy three-track that might float away were it not for each player’s dazzlingly moving performance. While lightweight, Morelenbaum’s EP is never thin: on a sumptuously spacious soundstage, every instrument – and, indeed, the carioca’s honeyed vocals – sounds superbly plummy and full. While lead single “Japão” induces the kind of full-body tingles the first sleepy stretch of the day might, the following “Avermelhar”, which shows off Morelenbaum’s supple and syrupy vocals, is the EP’s most moving moment. With spectral harmonies and fricative violão plucks, “Avermelhar” bewitches like Joyce Moreno’s baggy and breezy Visioins Of Dawn.

Ahead of upcoming EP “SOUNDERGROUND” (Lastro Musical), Sorocaba instrumental four-piece CharlieEchoLimaTango have released the stumble-funk single “Cookies”. Built upon a fidgety keys ostinato, the seductive swagger of this sinewy stomper casts the quartet as rhythmically adroit and effortlessly artful. But it’s the track’s contortionist guitar hook, more than its bounce, that gives this groover its enduring charm.

Mapa Astral, Vol. 3 ::: Terra is a collection as convoluted as its title. Over the course of an hour this Tal & Tal Records compilation flits from rolling downtempo electronics to crystalline bossa nova and saccharine trap while retaining a coherent colour and a comprehensively organic tone.

Parisian jazz label Komos will be releasing one of the year’s most compelling reissues this June: São Paulo-raised Everaldo Marcial’s captivating 1979 full-length Canto Aberto. The expatriate Paulista, known under the nom de plume ÉVÉ, left Brazil in 1974, fleeing the brutal military dictatorship to settle in Paris. And, with him, came the post-Tropicália and progressive-folk sounds that marked out musicians such as Milton Nascimento, Naná Vasconcelos and Egberto Gismonti as trailblazers in his native country. Canto Aberto is an enrapturing earthy journey through Afro-Brazilian textures and rhythms, psychedelic instrumentations and MPB songwriting.